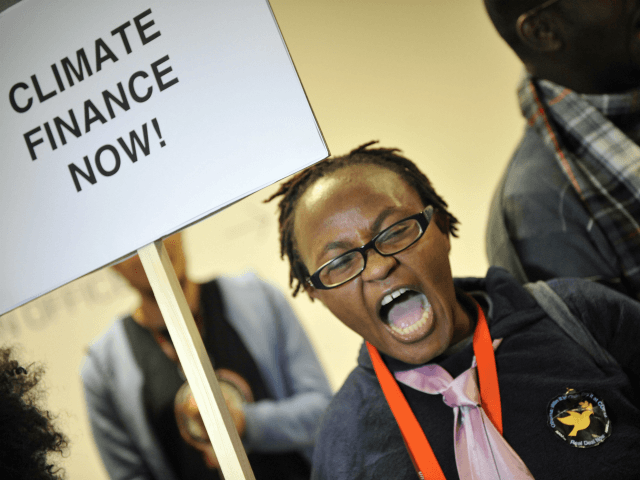 The leaders of 19 Catholic development agencies have signed an “urgent appeal” to combat climate change, insisting there is not much time left to deal with the climate crisis without incurring “nefarious consequences.”

“Limiting global warming to 1.5° C is a matter of survival for all and it is feasible if bold political action is taken: the obstacles to fighting climate change are political!” the appeal declares.

The Vatican newspaper L’Osservatore Romano reported Sunday that the 19 agencies work in over 120 countries around the globe to promote social justice. The groups have launched their climate appeal in response to the latest report by the Intergovernmental Panel on Climate Change (IPCC), the newspaper said.

The IPCC, which approved its latest report on October 6, has called for “unprecedented changes in all aspects of society” to avoid climate disasters when temperatures increase by more than 1.5º C.

These “changes” include massive investments in renewable energy to meet climate-change goals, because avoiding a catastrophe will involve “annual average investment needs in the energy system of around $2.4 trillion” between 2016 and 2035.

The Catholic development organizations have seconded the IPCC’s demands for radical changes in behavior by western nations.

Governments “must absolutely and swiftly set themselves more ambitious goals: the reality is that we are on a warming path of 3.5 degrees or more, so there is a huge gap from the 1.5 degree target set at Paris,” their appeal states.

“Now more than ever we need leaders to recognize and take action to curb our current trajectory of greenhouse gas emissions,” it reads. “It is a moral imperative in the face of the dramatic risks for people and the planet, risks that unfortunately are already a reality for the populations of the most vulnerable countries.”

The next climate change conference (COP24) in Katowice, Poland, scheduled for December 2018, “must be a milestone in the implementation of the Paris agreement signed three years ago,” the appeal states.

Despite the moral certainty of certain Catholic agencies, not everyone is persuaded of the accuracy of the IPCC’s climate predictions.

“An implausible conjecture backed by false evidence and repeated incessantly has become politically correct ‘knowledge,’ and is used to promote the overturn of industrial civilization,” Lindzen said at an October 8 London lecture.

The chief problem is that an oversimplified understanding of the nature of climate has led both climate change believers and sceptics to accept fundamentally false assumptions as the basis of their debates.

The currently popular climate narrative suggests that the climate can be summarized in just one variable — globally averaged temperature change — and is primarily controlled by a single factor – carbon dioxide — among many variables of comparable importance, Lindzen noted.

“This is an extraordinary pair of claims based on reasoning that borders on magical thinking,” he added. “It is, however, the narrative that has been widely accepted, even among many sceptics.”

Such thinking is of recent origin, Lindzen said, and is not the child of rational, unbiased scientific research.

“The establishment of this extreme position as dogma during the present period is due to political actors and others seeking to exploit the opportunities that abound in the multi-trillion dollar energy sector,” he said.