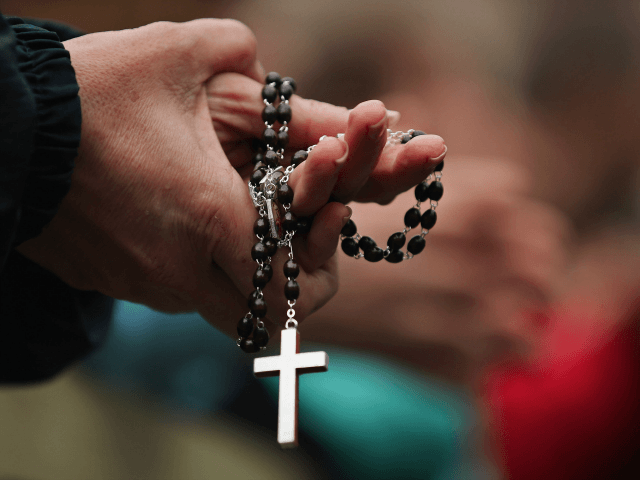 Catholic League President Bill Donohue said this week that President Biden has a serious problem with the U.S. bishops, which is not going away.

The upcoming celebration of Easter, Christianity’s most solemn feast, underscores the president’s “rocky” relationship with many bishops,” Dr. Donohue said in an essay Thursday.

“It’s time for President Biden to stop living a lie,” Donohue noted, in reference to Biden’s continued participation in Catholic sacraments while overtly promoting abortion on demand and other evils.

In his essay, Donohue cites no fewer than nine U.S. bishops who have been highly critical of Biden’s situation, several of whom have insisted the president should cease receiving Holy Communion at Mass until he repents of his abortion position.

The former head of the Vatican’s supreme court, Cardinal Raymond Burke said Biden should not receive Communion because he is not a Catholic “in good standing,” Donohue noted.

For his part, the president of the U.S. Bishops’ Conference, Archbishop José Gomez, warned that Biden supports policies that “attack some fundamental values we hold dear.”

The president “has pledged to pursue certain policies that would advance moral evils and threaten human life and dignity, most seriously in the areas of abortion, contraception, marriage, and gender, Gomez stated. “Of deep concern is the liberty of the Church and the freedom of believers to live according to their consciences.”

As Breitbart News reported last December, former Philadelphia Archbishop Charles Chaput said that Biden’s support for gay marriage and abortion rights meant that he “should stop defining himself as a devout Catholic” and “should not receive Holy Communion.”

“Public figures who identify as ‘Catholic’ give scandal to the faithful when receiving Communion by creating the impression that the moral laws of the Church are optional,” Chaput wrote. “And bishops give similar scandal by not speaking up publicly about the issue and danger of sacrilege.”

“It is grievous that one of President Biden’s first official acts actively promotes the destruction of human lives in developing nations,” they said, adding that this measure “is antithetical to reason, violates human dignity, and is incompatible with Catholic teaching.”

In February, Naumann declared that Biden “should stop defining himself as a devout Catholic” because he is “100% pro-choice on abortion.” Naumann also called on his fellow bishops “to correct him, as the president is acting contrary to the Catholic faith.”

Shortly afterward, Bishop Joseph Strickland of Tyler, Texas, stated that “Biden is not a real Catholic,” and Tennessee Bishop Richard Stika called Biden “dishonest” for bragging about his Catholic background.

A week ago, Donohue added, Springfield Bishop Thomas J. Paprocki said Biden “should not present himself” for Communion because of his long history of supporting abortion rights.

If politicians are “living in a way or holding positions that are contrary to church teaching, then the Minister of Communion has to deny them the sacrament,” stated Paprocki, a canon lawyer.

Cardinal Burke followed up by saying that “a person who claims to be Catholic and yet promotes in such an open, obdurate, and aggressive way a crime like procured abortion is in the state, at least, of apostasy,” the penalty for which is “excommunication.”

“As we approach Easter, the bishops, as well as millions of practicing Catholics, are not going to have their concerns about Biden allayed by photos of him clinging to his rosary beads,” Donohue concluded.

“He cannot at once declare himself to be a ‘devout Catholic’ while at the same time supporting abortion-on-demand, gay marriage, sex transitioning for minors, and the war on religious liberty,” he said.