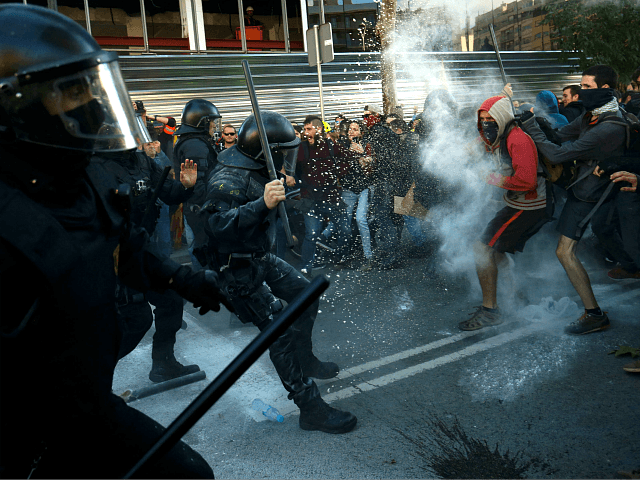 BARCELONA, Spain (AP) – Police in Barcelona have briefly clashed with Catalan separatists who are protesting a rally by Spain’s national police forces in the Mediterranean city.

Catalan regional police used batons to drive back a group of separatists in the city centre Saturday, stopping them from advancing toward a march by an association of Spain’s national police forces demanding higher pay.

In September, a similar protest by separatists of another march by the same national police association ended in clashes with regional security forces. The violent run-ins left 14 people injured and six arrests.

Spain has been mired in a political crisis since last year, when Catalonia’s separatist lawmakers failed in a breakaway bid.

Polls and recent elections show that the wealthy northeastern region’s 7.5 million residents are roughly equally divided by the secession question.