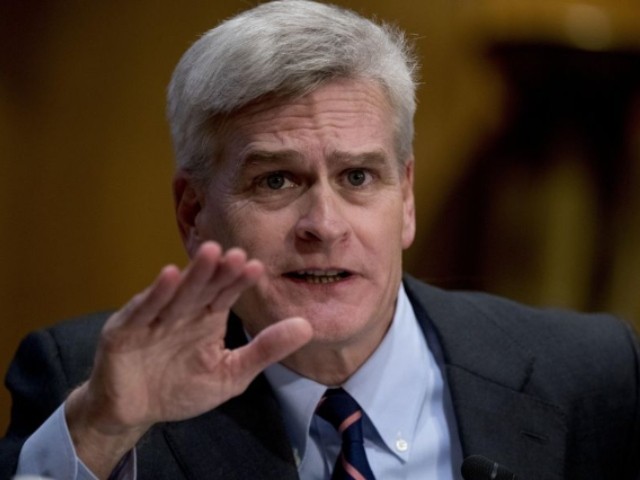 Senator Bill Cassidy (R-LA) said on this week’s broadcast of “Fox News Sunday” that he agreed with President Joe Biden’s refusal to send U.S. troops to evacuate Americans in Ukraine.

Cassidy said, “This is a culmination of the United States de-arming when it comes to energy diplomacy. Think about it less than one year ago, under the previous administration, we were not only energy-independent but poised to become and have the ability to make the E.U. energy independent. In less than a year, we’ve lost that ability. Russia has the leverage over the E.U. in terms of energy supply in order to blackmail them and turning a blind eye.”

Anchor Sandra Smith asked, “The president is strongly encouraging Americans in Ukraine to leave as soon as possible and says that there is no prospect for a U.S. military-led evacuation from inside Ukraine. Should the U.S. be doing more about this?”

Cassidy said, “I agree with the president 100 percent. Use some common sense. We should not be endangering our soldiers or Marines, etc., because somebody decides not to evacuate until after the fact. Get out. If there’s a pending invasion, use common sense. Leave.”

Last week during an interview with NBC News anchor Lester Holt, Biden said that if Russia invades Ukraine, the U.S. would not be sending military forces to evacuate Americans.

Biden said, “That’s a world war when Americans and Russia start shooting at one another.”