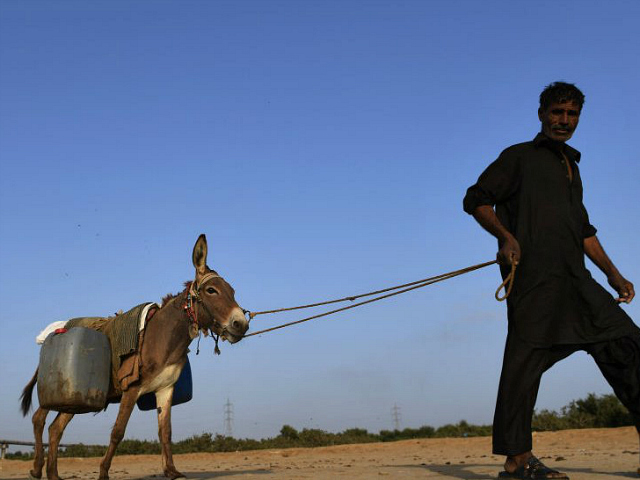 Pakistan expects to profit from its donkey population, the third highest in the world, by selling the animals to its ally China, a move that would generate millions of dollars annually in foreign exchange, the livestock department of the South Asian country’s Khyber Pakhtunkhwa (KP) province reportedly announced on Thursday.

In a bid to increase the country’s exports, unnamed officials from the KP livestock department announced plans to establish donkey farms in the province’s DI Khan and Maneshra region in coordination with China, described as the first of their kind in the country, GEO TV reports.

“Agreements will be signed with the Chinese government as well as registered companies,” GEO quotes KP officials as saying.

“Gelatin made from donkey skin has been long considered to have medicinal properties in China, traditionally being thought to nourish the blood, enhance the immune system and even prolong one’s life,” Gulf News notes.

KP officials said foreign countries like China had expressed a desire to invest hundreds of millions on donkey farms in Pakistan.

“Chinese companies are interested in donkey farms, and foreign companies are ready to invest $3 billion in them,” the KP officials proclaimed.

China is one of Pakistan’s most active financial and military allies. Although the International Monetary Fund (IMF), to which Islamabad has turned to for financial assistance, has warned Pakistan against “excessive loans” from China, Beijing has agreed to lend hundreds of thousands of dollars to its South Asian ally in recent months.

The KP officials revealed that the province is expected to export 80,000 donkeys in the first three years.

“Over 70,000 households in the province are dependent on donkeys for their source of income, thus we want to sign agreements after thinking carefully as we do not want a scarcity of the animals in the province,” the livestock department officials said.

KP’s livestock department reportedly said in a statement, “The proposed project will help improve the socio-economic status of donkey-rearing communities by improving the health and production of local donkeys.”

Punjab’s provincial capital of Lahore, home to the largest concentration of donkeys in Pakistan estimated at over 41,000, recently opened its first hospital exclusively dedicated to the beast, Gulf News reveals.

With an estimated number of over five million, Pakistan has the third largest donkey population in the world, exceeded only by China and Ethiopia.