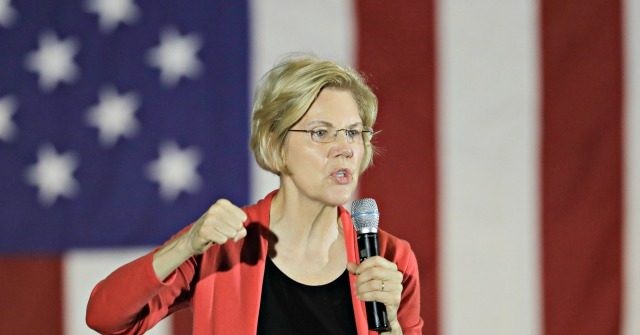 Ta-Nehisi Coates, the author of “The Case for Reparations,” praised Sen. Elizabeth Warren (D-MA) in the New Yorker on Monday as a 2020 Democrat who is not just giving “lip service on reparations,” revealing that Warren had asked him about five years ago to have a conversation about his reparations piece.

When asked if he would take some Democrats “more seriously than others when they talk about reparations,” Coates replied: “Yeah, I think Elizabeth Warren is probably serious.”

“I think she means it. I mean—I guess it will break a little news—after ‘The Case for Reparations’ came out, she just asked me to come and talk one on one with her about it,” Coates continued. “She had read it. She was deeply serious, and she had questions. And it wasn’t, like, Will you do X, Y, and Z for me? It wasn’t, like, I’m trying to demonstrate I’m serious. I have not heard from her since, either, by the way.”

Though numerous Democrats have indicated that they would support Rep. Sheila Jackson Lee’s (D-TX) commission to study reparations, Coates revealed he has not spoken to any of the other 2020 candidates about the issue. His comments about Warren are also interesting given that former San Antonio Mayor Julian Castro has actually been the boldest Democrat on the issue.

Warren, who has also said that Native Americans should also be an “important part” of the reparations conversation, has repeatedly dodged questions about whether she supports cash payments to the descendants of slaves with squirrelly answers.

“And so, if the issue is compensating the descendants of slaves, I don’t think the argument about writing a big check ought to be the argument that you make, if you’re making an argument that a big check needs to be written for a whole bunch of other stuff,” Castro has said. “So, if, under the Constitution, we compensate people because we take their property, why wouldn’t you compensate people who actually were property?”

Coates continued to make his “case for reparations” by arguing that nearly every institution in America has a history of  “extracting wealth and resources out of the African-American community.”

“The case I make for reparations is, virtually every institution with some degree of history in America, be it public, be it private, has a history of extracting wealth and resources out of the African-American community,” he said. “I think what has often been missing—this is what I was trying to make the point of in 2014—that behind all of that oppression was actually theft. In other words, this is not just mean. This is not just maltreatment. This is the theft of resources out of that community. That theft of resources continued well into the period of, I would make the argument, around the time of the Fair Housing Act.”