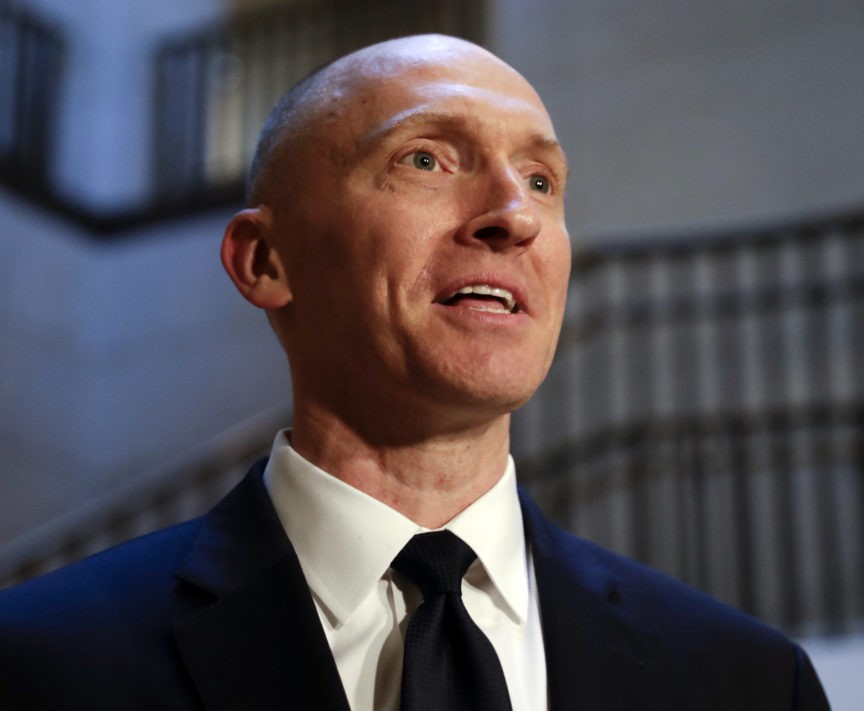 Carter Page, a former foreign policy adviser to President Donald Trump’s 2016 campaign, is suing the Democratic National Committee and law firm Perkins Coie for defamation over their role in the Steele dossier.

In an interview with Fox News channel host Sean Hannity Monday evening, Page explains why he is taking legal action against those who helped fund the research opposition project against then-candidate Trump.

SEAN HANNITY: Carter, you’re in the center of all this. We know four FISA judges, fraud was committed on them, the bulk of the information was the phony dossier that even we know that Christopher Steele wouldn’t stand by. Now you’ve got Rod Rosenstein, he’s refusing to testify under oath. We can’t get Glenn Simpson to testify under oath. We can’t get the 302s, the gang of eight information, or the FISA applications that were all subpoenaed and supposed to be coming out. You’re suing the DNC and who else?

CARTER PAGE: Perkins Coie and a few of their partners.

HANNITY: I’ve got to imagine here, you’re going to be a really wealthy guy because what they did to you. All your Fourth Amendment protections were stomped on. This isn’t political even in any way, Carter.

PAGE: Sean, it goes beyond any damages or any financial aspects. There have just been so many lies as you’re alluding to. You look at the damage it did to our Democratic systems and our institutions of government back in 2016. I’m just trying to get some justice in terms of getting some disclosure. If you look at some of the prior dodgy dossier cases like Mr. Gubarev. He’s the one who got some of the biggest information out there that the Senate Judiciary Committee and House Intelligence Committee have been basing a lot of things on, in terms of there investigation.

HANNITY: You also helped your government. You would debrief after traveling abroad, freely with the intelligence community, the FBI, CIA, and they haven’t indicted you.