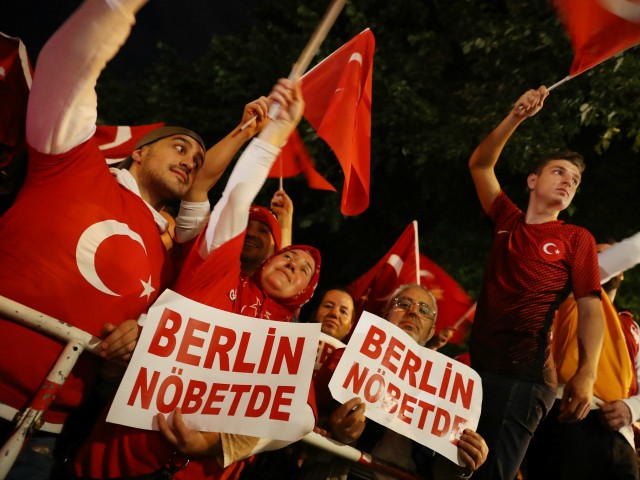 Cars bearing the markings of the elite Turkish anti-terror police “Özel Harekat” have been spotted by locals in various districts of the German capital as some fear they are being used to intimidate opponents of the Erdoğan regime.

The cars have, according to witnesses, been spotted in the districts of Mitte, Neukölln, and Kreuzberg in neighbourhoods where a large number of residents have Turkish backgrounds, Berliner Zeitung reports.

Their presence was brought to the attention of Hakan Tas, domestic spokesman for the Left Party in the Berlin House of Representatives, who said: “I received letters from anxious Erdoğan opponents who saw the cars.”

Mr Tas said that the cars, which all have Berlin licence plates, are likely owned by members of the ultra-nationalist Osmanen Germania motorcycle gang which was banned in Germany earlier this year by the federal Interior Ministry due to their connection with organised criminal activity.

The government also believed the group to have close contacts with the ruling AKP party in Turkey that is led by President Recep Tayyip Erdoğan and they have been known to intimidate political opponents of the regime, including Kurds.

So far, Berlin police have been reluctant to act on the issue with a spokesman saying “the mere attachment of emblems on vehicles is not yet a crime”.

Turks make up the largest ethnic minority in Germany and a vast majority are supporters of President Erdoğan according to data released after this year’s Turkish national election that revealed 64.8 percent of German Turks who voted in the election, did so for Erdoğan.

The conflicts between the regime and political opponents have also spilt over into Germany with groups like the ultra-nationalist Grey Wolves active in the country and Turkish-linked imams were found to have spied on dissidents on behalf of the government.