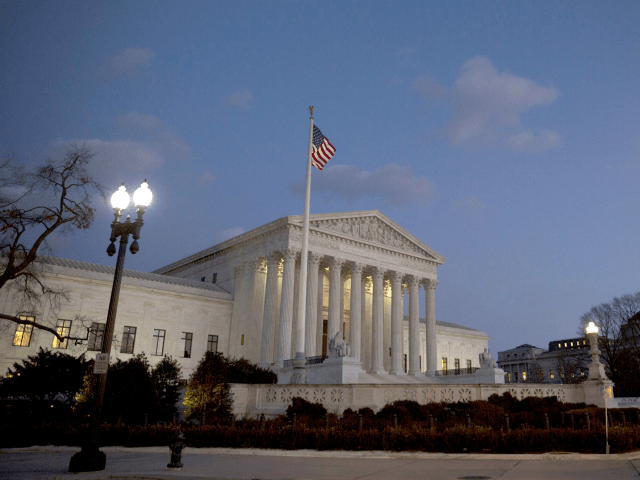 Left-wing and Democrat advocacy for expanding the number of Supreme Court justices is part of a strategy to make the nation’s highest court “an aggressive agent for change,” explained Carrie Severino, president of the Judicial Crisis Network, offering his remarks on Friday’s edition of SiriusXM’s Breitbart News Daily with host Alex Marlow.

Various Democrats, including former presidential candidates, have both contemplated and supported “court packing” to increase the number of justices on the Supreme Court.

Severino said, “They’re pretty clear on this. They simply have said [they] don’t want to wait for the actual constitutional process of getting new Supreme Court justices when a president appoints them and they’re confirmed by the Senate. [They] need justices on there who are going to vote with all of their liberal policies.”

A “laundry list” of liberal groups — including “extremist groups” marketing themselves as environmentalists and judicial advocates — are coordinating advocacy for court-packing, Severino said.

“All of these groups are often operating as just arms of the same organization so you don’t have them interested in only one of their issues,” said Severino. “They really just want to all band together to get liberal policies enacted across the board. That’s what they want the courts to do. They’re frustrated that they can’t automatically do that for much of the last 50 years.

“Courts have been willing and happy to enact those [left-wing] policy goals from the bench,” Severino remarked. “Now that we finally have a critical mass of justices who are committed first and foremost to the Constitution, and to making sure that the laws are followed as written, they’re saying all we need to just expand the number of justices.”

Severino warned, “They will do it if they win the White House [and] Congress in the fall. They think [they’re] going to expand the Supreme Court until [they] have enough justices to have a liberal majority, and then when they have that rock solid majority on the Supreme Court that will rubber stamp any liberal policy, there will be no checks any unconstitutional actions.”

“Their court will be not not a backstop [or] a constitutional check, but actually an  aggressive agent for change,” added Severino.

Democrats and the broader left seek implementation and enforcement of their vision through courts given a lack of confidence in their ability to win support through democratic processes, noted Severino.