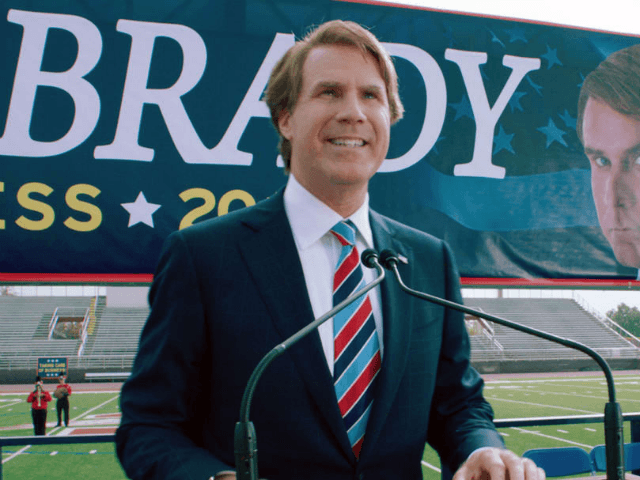 Actor Will Ferrell joined Sen. Doug Jones (D-AL) in the state of Alabama to promote get out the vote efforts ahead of Tuesday’s midterm elections.

In a video posted to Twitter, Ferrell reprised his role as the Talladega Nights character Ricky Bobby by urging people to head to the polls on Tuesday.

“Hey, guys, it’s Doug Jones. I’m here with my friend, Ricky Bobby, right here telling everybody get out to vote November 6th,” Jones says alongside Ferrell in the clip. “Isn’t that right, Ricky?”

“Talladega Nights” and Ricky Bobby still crack me up after all these years, but the message is important today: VOTE Nov 6th! Make a difference in this election! pic.twitter.com/ZcQSdwFehS

It is not the first time this election cycle that Ferrell has campaigned with Democratic figures. Last week, the former Saturday Night Live member visited the state of Georgia to campaign for the state’s Democratic gubernatorial candidate Stacey Abrams.

Ferrell was not the only Hollywood star to support Abrams’ campaign, with media mogul Oprah Winfrey delivering a racially charged speech at an Abrams campaign rally before canvassing door to door for her campaign.

Jones, meanwhile, is not up for re-election until 2020, having scored a surprise victory against Republican candidate Roy Moore in last year’s special election for Attorney General Jeff Session’s seat.