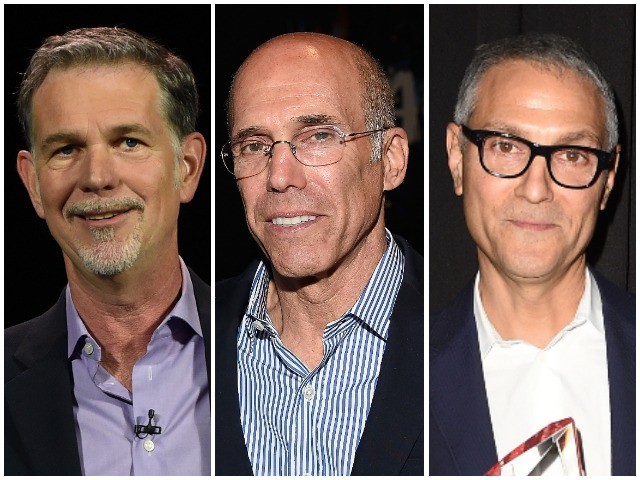 While Hollywood constantly preaches diversity, some of the entertainment industry’s most powerful and influential executives have given almost exclusively to Democrat candidates and left-wing PACs.

According to The Hollywood Reporter, nearly 100 percent of the millions donated from the top executives in Hollywood went to Democrats or PACs working to elect Democrats.

Of the more than $4 million in federal donations made by the top Hollywood executives and entertainers, 99.7 percent went to Democrats and Democratic-leaning political action committees or organizations, according to a Hollywood Reporter data review of Federal Election Commission records.

The report also notes that Reed Hastings, the CEO of Netflix, donated over half a million dollars to the Senate Majority PAC, a super PAC that works to get Democrats to win back the Senate.

Bill Maher also donated $1 million to the Senate Majority PAC in August. Maher called for a recession in June if it would help get rid of President Trump.

“I feel like the bottom has to fall out at some point, and by the way, I’m hoping for it because I think one way you get rid of Trump is a crashing economy. So please, bring on the recession. Sorry if that hurts people but it’s either root for a recession, or you lose your democracy,” he said.

And indeed, many celebrities are getting involved in the midterms like never before.

A report from the Washington Post last month indicated that Hollywood has so far given $2.4 million to largely Democratic candidates for the 2018 midterms, more than $1 million than they donated in 2016.