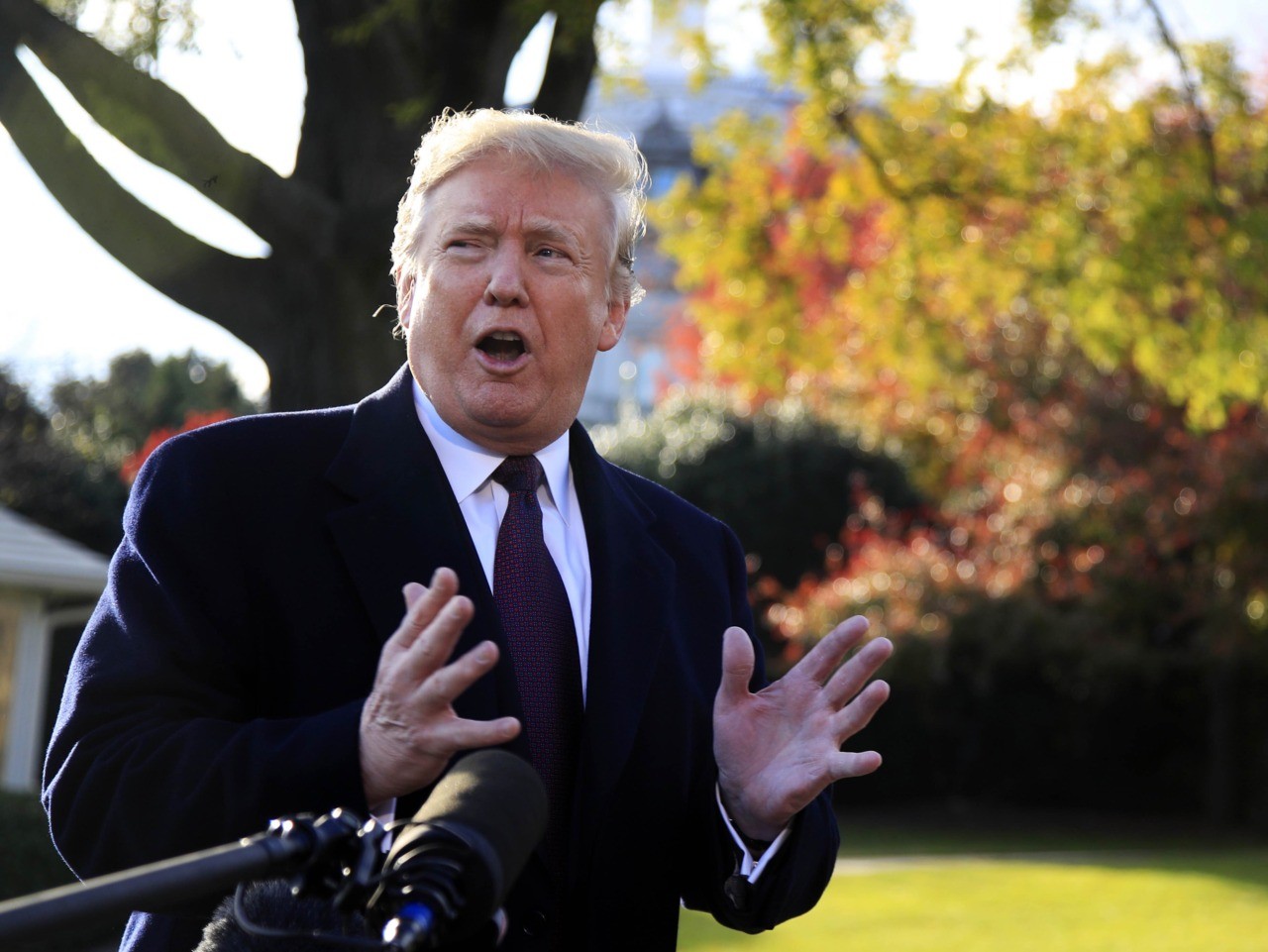 At the height of the media storm over the murder of Washington Post columnist Jamal Khashoggi at the Saudi consulate in Istanbul last month, Saudi Crown Prince Mohammed bin Salman, otherwise known as MBS, met with a visiting delegation of evangelical Christians from the U.S. for two hours.

One of the Saudi attendees was the General Secretary of the Saudi-based Muslim World League (MWL), Dr. Mohammad Al-‘Issa.

The MWL was a major engine for the propagation and spread of Wahabist jihad throughout the Western world since it was formed by the Saudi regime in the 1960s. The MWL founded the Muslim Students Association, which itself is a feeder for the Muslim Brotherhood, with which the Saudis cooperated until recently. The International Islamic Relief Organization, also founded by the MWL was a major terror financier. On September 11, 2001, Osama Bin Laden’s brother was the treasurer of MWL’s spinoff and virtual Siamese twin, the World Association of Muslim Youth.

In other words, Al-‘Issa is not the sort of person you would expect to find at a meeting of evangelical Christians with the Saudi Crown Prince. On the other hand, since Mohammed bin Salman became crown prince in 2017, the MWL, under Al-Issa’s leadership, has undergone a major transformation – or at a minimum, a major facelift.

Al-‘Issa shocked many when last January, on the occasion of International Holocaust Remembrance Day, he sent a letter to Sara Bloomfeld, the director of the U.S. Holocaust Memorial Museum in Washington, DC, expressing revulsion and condemning the Holocaust in the harshest terms.

He called the Holocaust “an incident that shook humanity to its core, and created an event whose horrors could not be denied or underrated by any fair-minded or peace-loving person.” He added: “This human tragedy perpetrated by evil Nazism won’t be forgotten by history, or meet the approval of anyone, except criminal Nazis or their genre.”

As a report of his actions by the Middle East Media Research Institute (MEMRI) noted, Al-Issa’s condemnation of the Holocaust was not his first foray into territory seldom visited by Saudis, certainly not by the head of an organization devoted to propagating radical Islam.

In May 2017, he urged Muslims living in the West to assimilate. He called for them to respect local laws banning the veil or else move to a country that permits wearing a veil. This, it should be noted, is precisely the opposite of the message that the MWL and its spinoffs have indoctrinated Muslims in the West to live by for the past 50 years.

In November 2017, Al-‘Issa met with the Chief Rabbi of France and the head of the Great Synagogue in Paris, and visited the synagogue.

He met with senior Vatican officials and with Douglas Padgett, senior advisor for combatting violent extremism at the State Department.

In a conversation with Breitbart News, Joel Rosenberg, an evangelical activist who led the delegation to Riyadh, said that the wide-ranging discussion with Al-‘Issa included everything from Saudi-Israeli ties, to Iran, to the Muslim Brotherhood, to prohibitions on the practice of Christianity in the Kingdom of Saudi Arabia. He said that Al-‘Issa was exceedingly open to all of these topics and was clearly dedicated to expanding the Kingdom’s ties to evangelical Christians. Mohammed bin Salman was similarly willing to engage seriously on the whole range of issues, Rosenberg said.

It is important to see the Khasoggi murder in the context of the meeting with evangelicals and the transformation of Saudi Arabia’s position on the propagation of reactionary, jihad-supporting-and-abetting Islam worldwide.

Under Crown Prince Mohammed bin Salman’s leadership, Saudi Arabia has fundamentally shifted how it deals with the outside world, how it relates to jihadist Islam, and how it views itself and its position in the world. Indeed, regarding the latter, MBS has cultivated nationalism rather than Islamic imperialism, and world leadership as the central identity of Saudi youth.

Khashoggi’s murder has to be seen in this context. The murder was brutal. Its brutality serves as a vivid reminder that Saudi Arabia is a brutal kingdom. It does not aspire to become a liberal democracy. But it does share key interests with liberal democracies, led by the U.S. And to advance those common interests, the Saudis are acting forthrightly to counter and defeat the jihadist ideology that the Saudis themselves once propagated.

In stark contrast, Turkey, under Islamist President Recep Tayyip Erdogan, which has used the apparently state-ordered murder of Khashoggi to harm U.S.-Saudi ties and undermine MBS’s rule, is moving in the opposite direction. Turkey has jailed more journalists than any other country on earth. Turkish prisons are filled with tens of thousands of former officials and military officers, often subjected to horrific torture. Their sole “crime” has been insufficient loyalty to the regime. Whereas Saudi Arabia is confronting Iran, the Muslim Brotherhood, and its Sunni terror spinoffs like Hamas, Turkey is embracing all of them.

As for Iran, its human rights record is certainly no better than Saudi Arabia’s. Two weeks after Khashoggi – who mourned Osama Bin Laden’s murder and was an intermediary between the terror kingpin and the Saudi royal family for many years – Iranian authorities arrested Pouyan Khoshhal as he attempted to leave Iran. Khoshhal, a journalist, was charged with insulting a Shiite holy figure by writing that he had “passed away” rather than refer to his death as “martyrdom.” Khoshhal faces the death penalty for his phrasing.

The former Obama administration officials who are insisting that the U.S. end its support for MBS and cancel its arms sales to Saudi Arabia in response to Khashoggi’s murder stood back and did nothing as the Iranian regime executed hundreds of opponents and jailed thousands of democracy activists in the 2009 Green Revolution. Rather than confront the mullahs, Samantha Power, Ben Rhodes, Susan Rice, Wendy Sherman, John Brennan, and others supported Obama as he sent planeloads of cash to the world’s largest state sponsor of terror and concluded the nuclear deal that gave Iran an open path to a nuclear arsenal.

That leads us to President Donald Trump’s statement about the Khashoggi murder, which he released on Tuesday, causing his media opponents to throw a collective apoplectic fit.

Referring to Khashoggi’s murder as a “terrible” crime, Trump noted that the U.S. has “sanctioned 17 Saudis known to have been involved in the murder of Mr. Khashoggi, and the disposal of his body.”

Trump then went on to explain:

Our relationship is with the Kingdom of Saudi Arabia. They have been a great ally in our very important fight against Iran. The United States intends to remain a steadfast partner of Saudi Arabia to ensure the interests of our country, Israel and all other partners in the region. It is our paramount goal to fully eliminate the threat of terrorism throughout the world!

Trump turned to the Democrats and Republicans in Congress who are insisting that the U.S. cut off arms sales to Saudi Arabia, demand the ouster of MBS, and other sanctions. He said:

I will consider whatever ideas are presented to me, but only if they are consistent with the absolute security and safety of America…As President of the United States I intend to ensure that, in a very dangerous world, America is pursuing its national interests and vigorously contesting countries that wish to do us harm. Very simply it is called America First!

The hypocrisy of Trump’s opponents and critics is exposed in their willingness to be spoon fed information by Turkey while whitewashing Turkish and Iranian human rights abuses.

The ulterior motivation of Trump’s opponents and critics is similarly transparent. They wish to use the Khashoggi murder, which exposed that Saudi Arabia is not a liberal democracy – as if anyone thought it was –to force Trump to walk away from the U.S.’s Sunni allies and return to Obama’s pro-Iranian, pro-Muslim Brotherhood and Turkey Middle East policy.

Trump opened his statement declaring, “The world is a very dangerous place!”

Indeed it is. And as Trump and his supporters recognized, by pushing an imperialist vision of Pax Americana, which assumed the harshest areas of the world would happily embrace liberal democratic values and principles once given the opportunity to do so, his Republican and Democratic predecessors did not make the world a better place. They made it more dangerous to America, its interests, its values, and its allies.

It is far better to have a leader that recognizes and accepts the world as it is in all its cruelties, and works with allies – even authoritarian ones – against common foes, than to be led by men and women who prefer the posture of morality at the expense of security.

Because in preferring a posture to reality, they empowered evil and imperiled the lives of Americans and free peoples around the world.