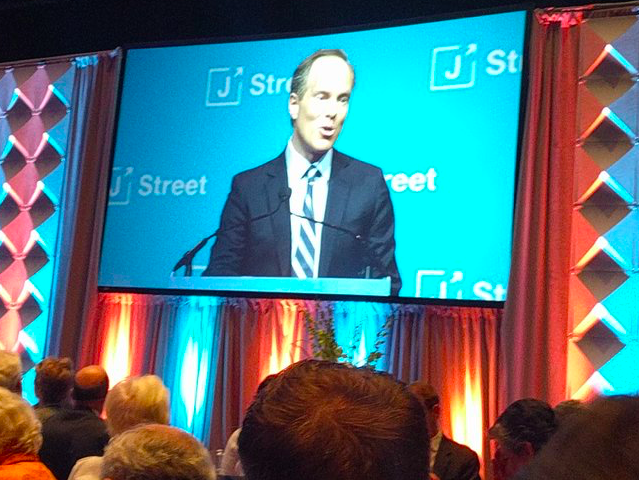 Jewish Democrats have long taken pride in the high number of American Jews serving as Democratic lawmakers in the House of Representatives and Senate.

Given that the Jewish community in the United States constitutes less than two percent of the general population, the fact that nearly two dozen American Jews serve in the House and Senate is a legitimate source of pride, regardless of party.

The current election cycle makes this point very clearly. As JTA reported this week, there are 36 Jewish candidates running as Democrats in House races. Half are incumbents, and half are challengers.

Over two-thirds of the Jewish Democratic incumbents (13 of 18) supported President Barack Obama’s nuclear deal with Iran. Israel’s Prime Minister Benjamin Netanyahu was the most outspoken critic of the deal, arguing that it posed an existential danger to Israel by giving Iran an open path to a nuclear arsenal. Three-quarters of Israeli Jews agreed with him.

Nearly half of the Jewish Democratic incumbents (7 of 18) have received contributions from J Street, the anti-Israel Jewish political group founded with help from George Soros. Throughout Obama’s years in office, J Street served as the administration’s Jewish fig leaf.

J Street was a central actor in the campaign to block a Senate veto of the Iran deal. It has placed the blame for the failure of the Israel-Palestinian peace process squarely on Israel’s shoulders, and campus chapters of J Street have reportedly aided anti-Israel activists in attempts to support the antisemitic “boycott, divestment and sanctions” (BDS) campaign against Israel. The organization is considered so hostile to Israel that Israel’s ambassador to the U.S., Ron Dermer, refuses to meet with its representatives.

The separate-but-related J Street PAC that Kohl oversaw and made into a national fundraising organization came under scrutiny almost as soon as it was established. Although J Street PAC touts itself as a Jewish organization, it received money from Arab and Iranian lobbies and individuals. Some J Street officials have been registered foreign agents for Arab countries.

Among the Democratic challengers, five of 18 have received funding from J Street, according to JTA’s report. Ten have received money from other far-left PACs or were endorsed by Obama.

One of the Democratic candidates, Dan Kohl, who is running in Wisconsin’s 6th District against two-term Republican incumbent Glenn Grothman, is one of J Street’s founders, and its first political director. His uncle, Herb Kohl, served as a Senator from Wisconsin for four terms and was staunchly supportive of Israel.

Dan Kohl is the scion of his family’s retail empire. His only recorded private sector experience was a stint as assistant general manager of the Milwaukee Bucks basketball team, which his family owned.

According to campaign financing site opensecrets.org, Kohl had a 30 percent funding advantage over Grothman at the end of July. Kohl’s single largest donor was J Street, which contributed $175,320 to his campaign.

Grothman, in contrast, is an enthusiastic and consistent supporter of Israel. He celebrated President Donald Trump’s decision to move the U.S. Embassy in Israel to Jerusalem. J Street opposed the move.

Despite Kohl’s anti-Israel extremism, and lack of experience in other endeavors, he is running as a moderate, and claims that, if elected, he will seek bipartisanship. Kohl seeks to distinguish himself from Grothman by accusing Grothman of eschewing bipartisanship. According to Grothman’s campaign, he is running four times as many television ads as Grothman, as the gap in funding between the two candidates continues to grow in Kohl’s favor.

Also running for the House of Representatives in the current cycle are 15 Jewish Republicans. Two are incumbents, the rest are challengers.

Trump won the district in 2016 by 4 points. Epstein’s Democratic opponent, Haley Stevens, is running at a 7-point advantage with 17 percent of voters undecided. Both women are in their late 30s.

Epstein, who is staunchly pro-Israel, ran her family automotive and industrial lubricants business, Vesco Oil, with mother and sister before entering politics as a co-chairman of Trump’s Michigan campaign in 2016.

Stevens served in the Obama administration as the chief of staff of the auto rescue task force.

According to Epstein’s supporters, her campaign has been subjected to stiff opposition by Jewish liberals from inside and outside her district. For instance, in June, the Franklin Hills Country Club, with a heavily Jewish membership, cancelled a fundraiser for Epstein. The cancellation was reportedly caused by a Facebook posting by Michael Simon, the son of one of the club’s former presidents.

In his post, Simon compared Trump’s immigration policies to Nazi policies. He called Epstein “a neo fascist” and said the values of the Jewish candidate, whose family members have been members of the club for four generations, are “incongruous with the moral center of the Jewish community.”

Epstein’s event was cancelled within hours of Simon’s posting (which he subsequently deleted).

This week, a Democratic polling firm, the Mellman Group, published a survey of American Jewish opinion regarding President Trump’s policies towards Israel. In a signal of the profound shift of liberal Jewish opinion on Israel, a bare majority of 51 percent of American Jews supported Trump’s policies towards Israel, despite the fact that he moved the U.S. embassy to Jerusalem and has staunchly backed Israel against its enemies while defunding the Palestinian Authority and shutting the Palestine Liberation Organization (PLO) office in Washington, DC.

75 percent of the poll’s respondents said they plan to vote Democrat in next month’s Congressional elections. 68 percent identified as Democrats.

The numbers indicate that liberal American Jews place a far higher priority on their partisan identity than on their Jewish identity. Moreover, as Simon’s attack on Epstein shows, for many liberal Jews, partisan identities are increasingly viewed as part and parcel of their Jewish identities. As a consequence, liberal American Jews can be expected to be the most outspoken critics of the slowly growing minority of Republican Jews.

So, too, if current trends continue, pro-Israel American Jews, as well as Israeli leaders, should not expect Democratic lawmakers to stand with Israel when doing so puts them in conflict with the party’s activists.

Indeed, as time goes by, the dozens of Jewish Democratic lawmakers in Congress may serve not as Israel’s defenders in their party, but as fig leaves that hide and whitewash the growing hostility of their party and its voters towards the Jewish state and its supporters in the United States.