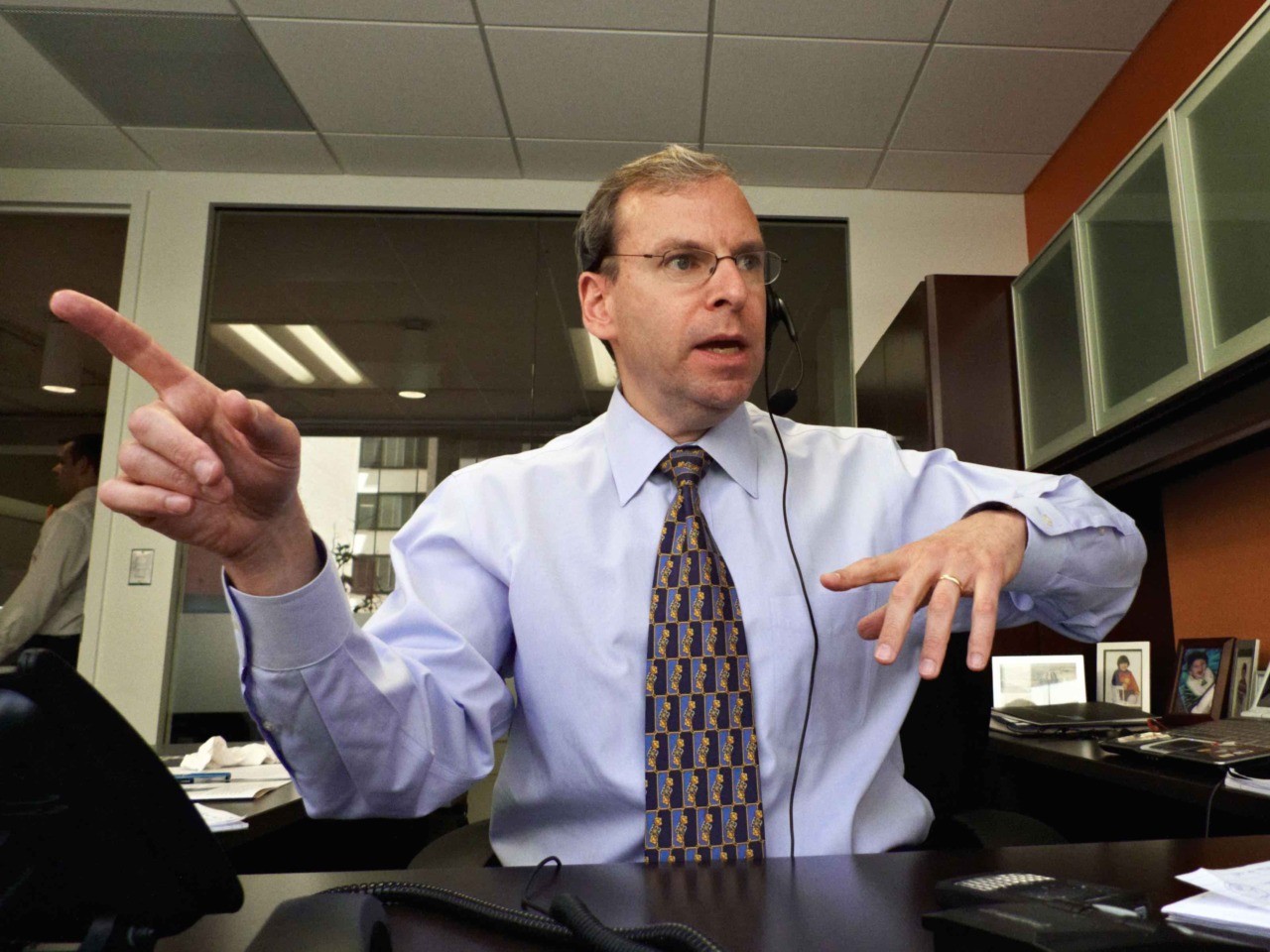 It has been unsettling these past two weeks watching American Jewish leftist activists and organizations accuse President Donald Trump of responsibility for the antisemitic massacre of 11 elderly Jews at prayer at the Tree of Life synagogue in Pittsburgh on October 27.

The problem is not simply that the likes of J Street and the New Israel Fund fail to provide any proof of their allegations. And it is worse than the fact that in accusing the president of responsibility for the most lethal antisemitic attack on U.S. soil in history, they seek to politicize Judaism and transform it into a political position.

The truly unsettling aspect of some of these groups’ slanders of President Trump is that they themselves work to legitimize and advance the fortunes of antisemitic terrorists who murder Jews.

J Street, for instance has been a leading voice accusing Trump of responsibility for the massacre in Pittsburgh. Two days after the attack, J Street, which bills itself as “pro-Israel and pro-peace,” sent out an email about the event to its supporters. J Street President Jeremy Ben-Ami opened the letter with a nice call to “come together in support of the victims, their loved ones, the congregation and the entire city of Pittsburgh,” and “to grieve and comfort one another, standing together in solidarity.”

But then he turned to the real business at hand. Ben-Ami insisted that the gunman, Robert Bowers, was “motivated in part” by “by anti-immigrant, antisemitic thought that has been spread not only by far-right groups, but by President Trump and some of his allies in the Republican party.”

Ben-Ami provided no evidence for his incendiary claim. And he ignored the fact that Bowers had expressed hatred for Trump specifically due to the President’s friendship and support for the Jewish people and Israel.

Having made his unsupported accusation, Ben-Ami proceeded to make a pitch for donations for J Street and for Democratic candidates supported by J Street.

Whereas there is no evidence that Trump has incited or empowered or otherwise engaged in actions that provided any support for Bowers, there is direct evidence that Ben-Ami and his organization have tolerated antisemitic mass murderers.

Just a week-and-a-half before the massacre in Pittsburgh, on October 17, Ben-Ami and the senior J Street leadership met with and expressed support for the leaders of the Palestinian Authority (PA) in Ramallah. Among those they met was the PA’s Minister of Civil Affairs, Hussein al-Sheikh.

As Stephen Flatow reported, before assuming his current position, al-Sheikh was a senior terror commander for the Al-Aqsa Martyrs Brigade of Fatah, the PA’s ruling faction, headed by Mahmoud Abbas. In the framework of his duties, al-Sheikh paid for and provided arms to terrorists who used the money and the arms he provided to murder and maim Jews – including American Jews.

On March 21, 2002, a Palestinian suicide bomber from the Aksa Martyr Brigades detonated in downtown Jerusalem. Three people were killed in the blast, including Tzippi Shemesh, who was five months pregnant with twins. A hundred people were wounded. As Flatow relates, among the seriously wounded were U.S. citizen Alan Bauer and his seven-year-old son Jonathan. Bauer was hurled twenty feet by the force of the explosion.

“Two screws that were packed into the bomb ripped clear through his left arm. … Jonathan suffered severe shrapnel wounds and fell into a coma. Jonathan subsequently underwent numerous operations to remove nails and screws from his head, including one that was lodged in his brain.”

“In its ruling,” he wrote, “the court cited closed-door testimony provided by Israeli intelligence officials who named names – including ‘senior Fatah official Hussein al-Sheikh, who met the suicide bomber and two other operatives and gave them money and two hand grenades to carry out the bombing.’”

In other words, ten days before Bowers carried out his terror attack against Jews in Pittsburgh, Ben-Ami and his colleagues met with Hussein al-Sheikh, who is directly responsible for the antisemitic terrorist attacks that caused the murder of Israeli Jews and the maiming of American Jews.

J Street is not alone. There is also the New Israel Fund (NIF). The NIF is a radical leftist Jewish American group that supports non-governmental organizations (NGOs) in Israel that work to undermine Israel’s national identity as a Jewish state in multiple ways. Like Ben-Ami, following the massacre in Pittsburgh, NIF CEO Daniel Sokatch effectively blamed Trump for the Tree of Life massacre.

In a post at the Times of Israel website, Sokatch wrote, “We are all in shock right now. On some level, the American Jewish community has been bracing for something like this, expecting it for several years now. The hatred, xenophobia, and murderous supremacism that has infected the discourse and politics in our country these past few years – that now emanates right from the top, from the presidency itself – were like blinking red warning lights.”

Sokatch’s NIF has given millions of dollars to an Arab Israeli organization called Adalah. Adalah represents antisemitic terrorist murderers not unlike Bowers.

According to a list compiled by NGO Monitor researcher Itay Reuveni for Breitbart News, since at least 2001, Adalah has represented Palestinian terrorist murderers and their families before Israeli courts and the Israeli Supreme Court at least 14 times.

For instance, in 2001, Adalah represented Muhamed Zayid. Zayid is a member of the Hamas terror group. He was sentenced to life in prison for preparing the explosive belts used by suicide bombers to murder 17 Israelis and wound scores more.

In 2009, Adalah represented Walid Daka. Daka, an Israeli Arab citizen affiliated with the Popular Front for the Liberation of Palestine terror group, was involved in the 1984 kidnaping, torture and murder of Muhammed Tamam, an Israeli soldier.

In 2002, Adalah represented Palestinian terror mastermind Marwan Barghouti. In 2000, Barghouti set up the organizational structure of the Palestinian terror war. He led the Al-Aqsa Martyr Brigades and the Tanzim terror group. Barghouti is responsible for the murder of scores of Israeli Jews and the wounding of thousands more. In 2002, Israeli forces arrested him for murder. He was found guilty of multiple murders and sentenced to consecutive life sentences.

In July 2017, two Arab terrorists murdered two Israeli policemen on the Temple Mount. They were killed in the ensuing fire fight. Adalah represented their families before the Israeli Supreme Court demanding to receive the bodies of the dead antisemitic gunmen.

So, while claiming that Trump incited the Pittsburgh massacre by adopting and advocating policies that the NIF opposes, the NIF is financing the operations of Adalah, a group that represents terrorists who murder Israeli Jews.

The NIF is not alone in its support for Adalah. Democratic Congressman Hank Johnson of Georgia, who has referred to Israelis who live in communities in Judea and Samaria as “termites,” and accused “Jewish people” of stealing Palestinian land, met with Adalah employees at his Capitol Hill office in April. According to the Adalah website, in their briefings to progressive members of Congress, Adalah officials advocated for the destruction of Israel through the so-called “right of return,” which would bring millions of hostile, foreign-born Arabs to Israel.

Following the massacre in Pittsburgh, Johnson suddenly opposed antisemitic terror. He participated in a memorial ceremony organized by his Jewish constituents in Georgia. He issued a statement calling for unity, declaring, “When we are united, we can teach those who would be seduced by racism, by anti-Semitism, or by xenophobia, that hatred has no place in the United States.”