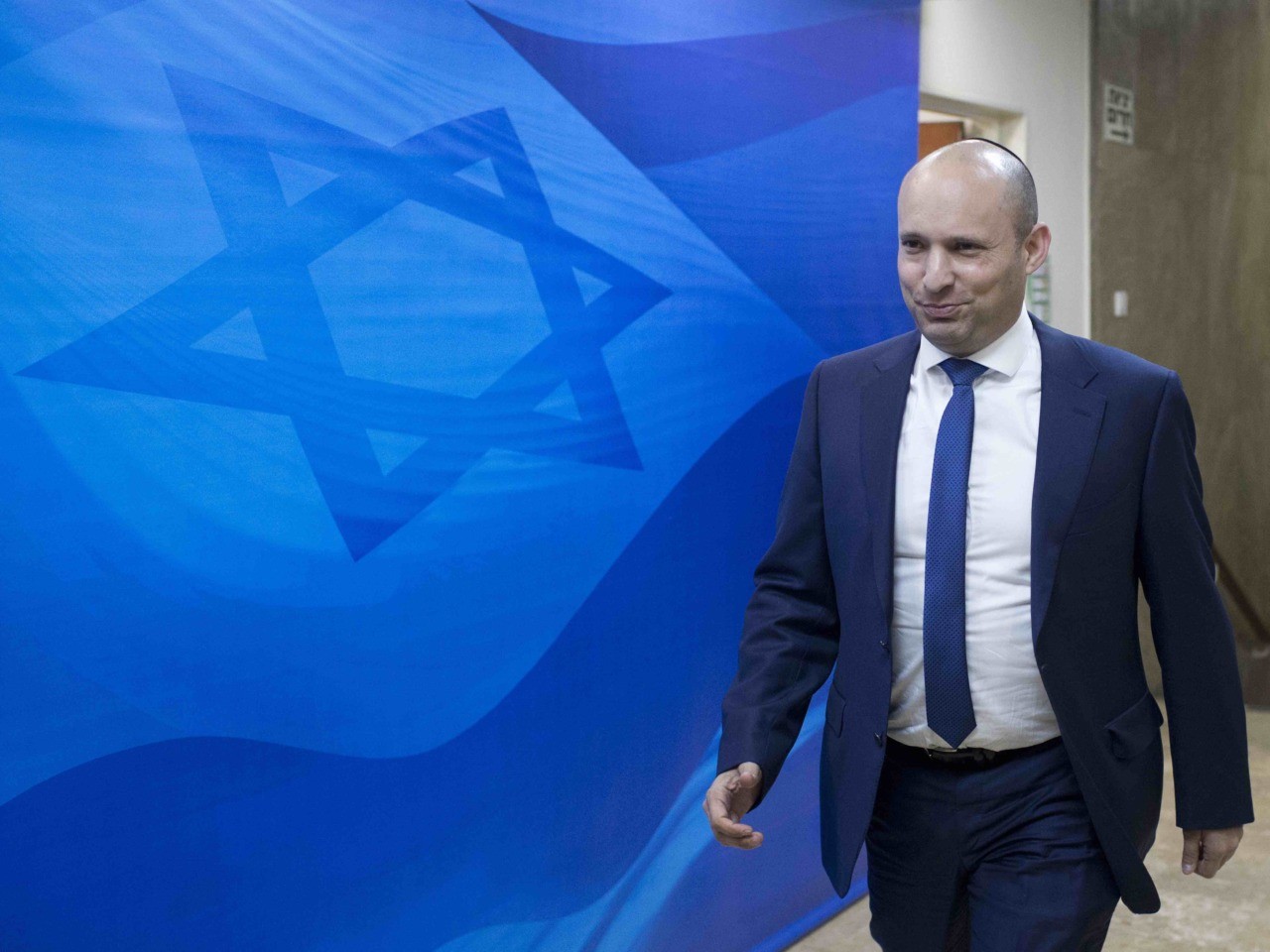 Israeli Minister of Diaspora Affairs Naftali Bennett kicked in the foundations of the left’s case against President Donald Trump on Tuesday. And they didn’t like it.

Since Saturday’s massacre of 11 mostly elderly Jews at prayer at the Tree of Life Synagogue, prominent left-wing American Jewish activists and Never Trump pundits have blamed Trump for the massacre by insisting that he has empowered antisemitic forces in the U.S.

Bennett flew to Pittsburgh Sunday as the representative of the Israeli government to show solidarity with the Jewish community in the aftermath of the massacre. Before travelling back to Israel, he participated in a roundtable discussion of antisemitism in New York at the Council on Foreign Relations.

When asked about the ADL data, Bennett said that he wasn’t certain that the report was accurate. “I’m not convinced those are the facts,” Bennett said adding, “I’m not sure there’s a surge in antisemitism in the United States.”

“We need to look at the facts. I understand that the ADL themselves have stated there is a drastic reduction in violent anti-Semitic events, but that has for some reason been hidden from the public discourse,” he maintained.

Bennett’s statement aligned with an analysis of the ADL data published Wednesday by Prof. David Bernstein at Tablet online magazine. Bernstein noted that despite the fact that the ADL itself made its allegation that antisemitic incidents in 2017 – Trump’s first year in office – “surged nearly 60 percent,” the data it included in its survey tell a completely different story.

First of all, as Bernstein pointed out, the data don’t describe actual antisemitic incidents. Rather. they describe reported incidents, including incidents that people perceived as antisemitic which may not have been antisemitic.

For instance, the ADL report includes 163 bomb threats that were made against U.S. Jewish institutions. But those weren’t incidents motivated by antisemitism. Those threats were the work of an Israeli mental patient.

The report also states that antisemitic incidents on university campuses in 2017 increased nearly 100 percent over the number of such incidents in 2016 – from 108 incidents to 204. But the report ignores the fact that the vast majority of those attacks are carried out by far leftists and Muslims — who are not Trump supporters.

Last week, Commentary published a major exposé of ADL Executive Director Jonathan Greenblatt by Seth Mandel. Mandel’s article, “The Shame of the Anti-Defamation League,” detailed how Greenblatt, who took over the ADL in July 2015 directly from Valerie Jarrett’s influence shop at the Obama White House, has transformed what was once American Jewry’s premier institution for fighting antisemitism into a partisan activist group dedicated to fighting Republicans, defending the left’s political agenda, and attacking Israeli Prime Minister Benjamin Netanyahu’s government.

Greenblatt has gone out of his way to minimize criticism of out-and-out antisemites on the left like Congressmen Keith Ellison (D-MN) and Andre Carson (D-IN); Women’s March leader Linda Sarsour; and others. And at the same time, Greenblatt has taken steps that cross the line from reporting to propagandizing to exaggerate the scale of antisemitic incidents emanating from the neo-Nazi end of the political spectrum, and then to blame Republicans for those incidents.

Under Greenblatt, the ADL paints a picture of the political right’s extremists as connected. But instances of left-wing extremism aren’t given the same treatment; they are depicted as isolated incidents, not dots to be connected. Meanwhile, Ellison is the DNC’s No. 2; Sarsour helped the campaign of New York Mayor Bill de Blasio and then ran the Women’s March; and a slew of prominent Democrats have been kicking the Jewish community in the teeth.

The basic fallacy of the ADL’s report on antisemitic incidents is best exposed by the actual data it dioes contain. The report contained actual data related to violent antisemitic attacks. And it turns out that those measurable, real attacks decreased 47 percent in 2017.

Which brings us back to Bennett. Batya Ungar Sargon of the leftist Forward Jewish newspaper tweeted:

In the wake of the deadliest attack against Jews in the history of the U.S., @naftalibennett calls @ADL_National fake news.

YOU JUST CAN’T MAKE THIS STUFF UP https://t.co/im9IUY5tvy

Then there is Obama’s ambassador to Israel, Dan Shapiro. Shapiro wrote an article in the Forward in which he basically told Israelis to shut up.

Shapiro argued that the entire U.S. Jewish community is in a state of mourning, and that visiting Israelis should keep silent and not challenge American Jews.

(He has no qualms, however, about telling Israelis what to do, and is the keynote speaker at a major event in Chicago in December for J Street, a far-left organization whose sole purpose is forcing Israel to comply with the wishes of liberal American Jews.)

The problem is that due to Greenblatt — Shapiro’s former colleague in the Obama administration — and his subversion of the ADL, a once credible American Jewish organization, American Jews are basing their assessments of the manifold threats facing their community on lies and leftist propaganda.

Pointing out that Greenblatt misrepresents his own data is not butting in. It is helping.