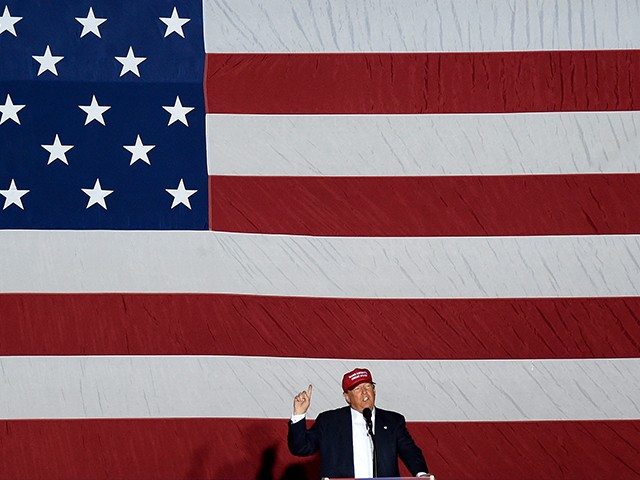 A measure of U.S. business prices rose in October at the fastest pace in nearly six years, driven in part by expanding margins at retailers and wholesalers.

Many economists have been predicting that rising U.S. tariffs would drive prices higher for U.S. consumers, with some describing tariffs as a “tax on consumers.” The producer-price data suggest that while some businesses are paying higher prices for certain materials, they are are not passing those price hikes on to consumers.

The producer-price index, which mostly measures the prices businesses receive for their goods and services, rose a seasonally adjusted 0.6 percent in October from a month earlier, the Labor Department said Friday. That is the largest monthly increase since September 2012 and double what economists had forecast.

From a year earlier, the producer-price index increased 2.9 percent in October. That was up from September’s read of a 2.6 percent annual gain.

The rise of the index was driven by a gain in the gauge’s measure of services. This was up 0.7 percent, the biggest one-month increase since the beginning of 2016. Much of that was due to larger mark-ups by retailers and wholesalers, which do not necessarily mean prices are rising.

Prices for goods, less volatile food and energy categories, were unchanged for the month. This is the broadest category where tariffs would show up if they were to hit consumers.

Tariffs have raised prices for businesses further out on the production chain but these are not filtering through to consumers, according to the data. There is very little evidence in the latest producer-price index that tariffs are acting as a tax on consumers–and plenty that they are not.

The prices of steel mill products, for example, are up 18.4 percent compared with a year ago, thanks to the steel tariffs. (Note, however, steel mill prices actually fell in October after being flat a month earlier, suggesting that the market is adapting by ramping up domestic supply.)

But the prices of stuff made of steel and sold to consumers are barely up at all. Auto parts are up 1.3 percent compared with a year ago. Car prices are up just 0.5 percent for the year. Prices of “light trucks”–SUVs and pickup trucks–are up 1.6 percent. Prices of both fell in October compared with September.

Prices of materials used to make durable goods fell in October by 0.3 percent but are up a whopping 7.9 percent year-over-year, likely driven higher by both steel and aluminum tariffs.  But the prices of the durable goods themselves are up just 2.0 percent for the year and fell by 0.2 percent in October. The tariffs have raised costs but most of that gets absorbed by the manufacturers rather than passed on to consumers.

Prices of home appliances are up 3.3 percent compared with a year ago but fell in October. It’s likely that most of this rise is not due to the steel and aluminum tariffs. Instead, the category was pushed up by the double-digit rise in the price of washing machines, which have an anti-dumping tariff of there very own that was intended to raise prices. Even here, the price hikes of appliances are somewhat offset by a 0.6 percent decline in home electronic equipment and a fall in the price of detergents.

This highlights the fact that when tariffs do raise prices of some consumer goods, other prices typically fall as consumer spending shifts rather than rises.

The China tariffs, which now cover $250 billion of Made in China goods, are also not raising prices significantly. Take apparel, one area where a lot of analysts said tariffs were likely to “pinch consumers.” Women’s clothing prices rose by 0.1 percent in October, up 0.4 percent from a year ago. Mens clothing is up 0.2 percent for the month and 0.7 percent compared with a year ago. Footwear prices rose just 0.2 percent in October and are up 0.4 percent for the year.

Computer prices rose 0.4 percent in October and are up 0.4 percent for the year, rebounding from a 0.4 percent decline in September.

The one category where tariffs may be behind rising prices is furniture. The U.S. imported $32 billion of furniture from China last year and this category got hit with new tariffs at the end of September. In October, furniture prices rose 1.1 percent, a pretty big move in a single month. These are up 3.4 percent year over year. Margins for furniture retailers and wholesalers also declined, which also points to tariffs hiking prices.

This is not necessarily inflationary. Further data will have to show whether prices in furniture will continue to climb or if this is a one-time move higher. Steel and aluminum have shown that prices can actually retreat after the initial post-tariff hike. And keep in mind that as households had to pay more for furniture in October, they paid less for appliances, electronics, cars, trucks, soaps, and even toilet paper. This is another demonstration of the fact that tariffs do not raise prices generally, they shift them around.

The producer-price index usually follows the same trends as other measures of inflation, such as the consumer price index. But the different gauges do not always line up exactly. Next week the government is set to release CPI data for October.