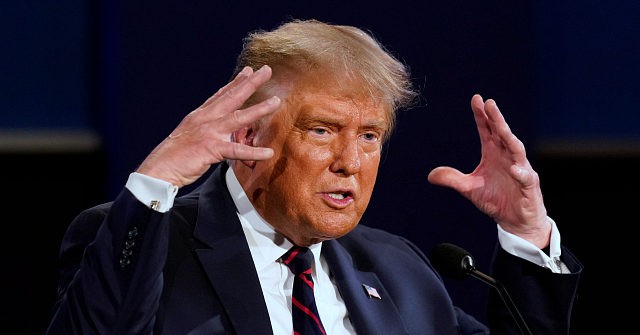 The New York Times’ claim that President Donald Trump paid just $750 in federal income taxes in 2016 and 2017 is wrong, based on a flawed understanding of how taxes are paid.

The Times says the tax return data show that Trump’s earnings were negative for the year, so he owned nothing in regular income taxes. But he was subject to the Alternative Minimum Tax (AMT), a parallel tax system aimed at making sure wealthy people cannot use deductions to eliminate their tax liability altogether. According to the Times, “the A.M.T. formula disallowed $45 million in losses that Mr. Trump had carried over from prior years.”

There was no way for Trump to avoid this tax liability. He had to pay it down using his assets. And he did.

What confused the Times is Trump did not pay the liability with a check. He used a credit issued to him earlier by the government, a credit that can only be used to pay taxes.

That’s a lot less rare than it seems. In fact, it’s how most people pay their taxes.

For most people, tax bills get paid with credits they have already accumulated with the government through mandatory deductions from their paychecks. When they overpay their taxes through withholding, they can apply for a refund for the overpayment. That can be a bank deposit from the government or it can be rolled forward as a credit to apply to future taxes.

The main take away here is that tax bills are typically not paid with cash at the time of filing. They are paid with credits earned because the money was withheld earlier.

These are assets — and practically cash equivalents. Often they can be bought and sold, with various restrictions. When a company has tax credits on its balance sheet, these are considered part of its value. They are not quite valued the same as cash in a bank account but nearly so.

It turns out that Trump has a big tax credit issued to him by the U.S. government with the intention that it would someday be used to pay his taxes.

But tax laws gave him one more line on which to reduce the A.M.T. Mr. Trump had $22.7 million in General Business Credit, much of it carried forward from prior years, that he could apply. The credit is a smorgasbord of tax incentives and givebacks to business owners, and in Mr. Trump’s case they ranged from credits of $322,926 for Social Security and Medicare taxes paid on employee tips to at least $1.5 million related to rehabilitating the Old Post Office in Washington.

The business credit cannot be used to get a refund; it can only be applied against taxes owed. Mr. Trump had more than enough to cancel out his $7,435,857 tax bill. But on the Form 3800 for the General Business Credit, his accountants subtracted $750 from his allowable credit. Why they did that is not clear. But the result was a total federal income tax liability of $750.

In other words, Trump paid the full amount of his taxes but spent $7,435,107 of his tax credit and $750 of cash. Both cash and the credit are government liabilities that the U.S. government accepts as payment for taxes. Paying the credit is not the equivalent of not paying taxes.

More simply: Trump used a government-created tax asset to pay his taxes. The payment reduced his worth by the equivalent of the credit.

To put it slightly differently, when the government wants to provision itself with resources or convince someone to perform work it wants done, it has a choice. It can pay in cash or with a credit. Both of these things can be used to pay taxes, which is one of the reasons nearly every one accepts them as payment. Trump paid most of his bill with the credit and a small part in cash. But he paid all of his $7.4 million tax bill. To the penny.

To argue that this does not count as paying millions of dollars in taxes is equivalent to arguing that every single one of us who does not have to cut a check on tax day, because we built up a credit through withholding, is not paying our taxes.

The argument would also badly hurt the U.S. government’s ability to coax households and businesses into undertaking projects for the public good in exchange for credits. Instead, the government would be forced to make cash payments because only these would count as tax payments.

The Times, in its eagerness to create a scandal around Trump’s tax records, has simply gotten the most well-known part of its story wrong.