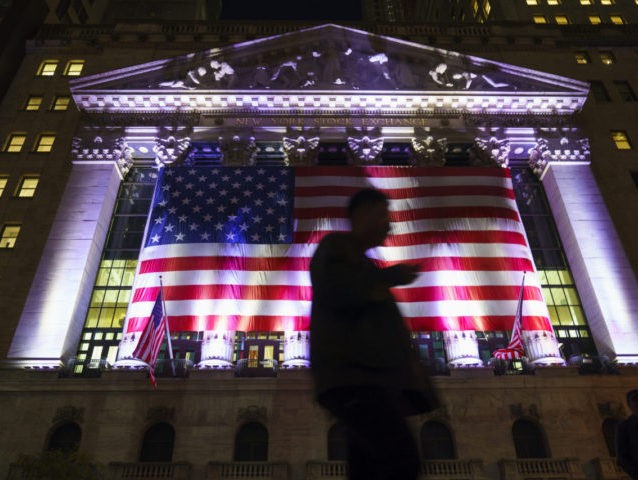 That’s unfortunate because it is likely that an improving economy may weigh on stocks between now and 2020.

To be fair to President Trump, he was right to see that his election was behind the massive run-up in stocks in 2017. Investors and consumers shook off assumptions that economic growth would continue to limp along, that regulations would pile up without end, that taxes had nowhere to go but up, and that jobs would continue to flow overseas. Business confidence and consumer sentiment soared–and the stock market followed suit. Rising equity prices further boosted sentiment, lifting stock prices even further.

The economy really has grown stronger under Trump and stock prices have reflected and enhanced that strength.

Yet the market watcher’s mantra, that the stock market is not the economy, remains true. And further economic strength will not necessarily boost stock prices going forward.

For one thing, economic strength will encourage the Federal Reserve to keep boosting interest rates. That raises borrowing costs for businesses and makes bonds more competitive with stocks. Higher rates also trigger fears that the Fed will make a mistake, raising rates too far and too fast, slowing the economy down too much and possibly pushing the U.S. into a recession. The latter is unlikely but even unlikely risks can weigh on stock prices, particularly on the riskier end of the market where stocks are priced for high-growth.

But even absent a policy mistake by the Fed, stocks could decouple with economic growth.

On balance, policy makers expect to raise rates four more times by the end of next year. The economy will slow, with gross domestic product up 2.5% on the year in the fourth quarter of 2019. The unemployment rate will drift a bit lower to 3.5% and inflation will come in at 2%.

What is the outlook for companies under that scenario? If their demand grows about as fast as the economy, adding in inflation, sales would be up about 4.5% in the fourth quarter next year. So the only way for profits to grow at a faster clip would be for profit margins to expand.

That seems like a bad bet. Even after adjusting for the effects of this year’s tax cut, profit margins for companies in the S&P 500 are historically quite high. Then consider how hard it would be to contain, much less cut, labor costs with an unemployment rate at 3.5%.

But while Wall Street analysts’ revenue expectations are in keeping with the Fed’s projections, they expect earnings will grow 11.6% in next year’s fourth quarter, according to Refinitiv. Judging by stocks’ relatively high valuations — the S&P is trading 16 times expected earnings — investors also have heady expectations for profits.

In other words, an improving economy is likely to raise wages for workers. Higher wages are a cost for companies, they subtract from the bottom line. The distribution of wealth generated by economic growth will likely shift from shareholders to workers. That’s healthy for the economy. In fact, it’s likely necessary to keep the expansion going by delivering income into the hands of consumers more likely to use it to expand their spending.

But it would not be good for stock prices.

Similarly, the Trump administration’s trade policies have not functioned as a tax on consumers, defying predictions that they would cause consumer prices to rise. Neither have they cost jobs, as nattering naysayers insisted they would. But they have shown up as drags on the earnings of the largest U.S. global corporations such as Caterpillar and Ford. And the trade war is now quite obviously hurting the economy of China, a major market for global corporations. This offsets some of the high hopes for earnings set off by the Trump administration’s corporate tax cuts.

The question for stocks is whether the economy can continue to surprise to the upside. If growth exceeds expectations in 2019 and 2020, as it did in 2017 and has so far in 2018, the greatest bull market in stocks could very well continue.

But that remains to be seen. And in the meantime, better buckle up for a bumpy ride in stocks. Just don’t let a falling stock market fool you into thinking the Trump expansion is faltering.