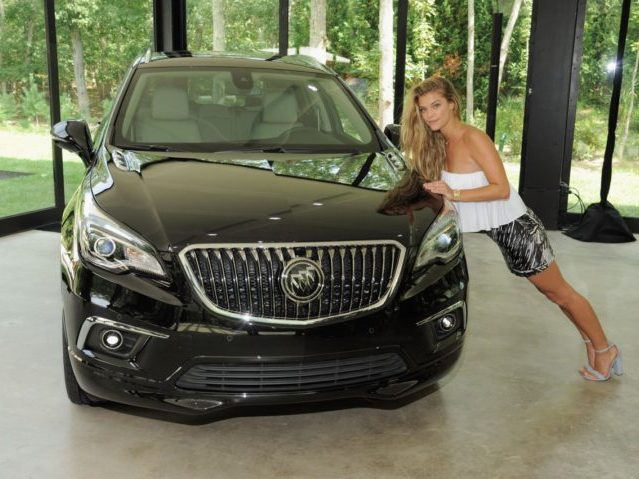 General Motors is not going to pull out of making cars in China.

But if the biggest U.S. automaker wants to patch things up with President Donald Trump, one path available to the company would be to move the manufacturing of its Buick Envision cross-over sports utility vehicle to the United States.

The Envision is the first car built in China for the U.S. market. Last year, Americans purchased 42,000 Envisions, which are made by a joint venture between General Motors and SAIC Motor, a state-owned Chinese automaker.

Shipping cars from China to the U.S. defies General Motors declared policy of “we build where we sell,” which the company says helps it reduce supply-chain costs. Indeed, analysts quoted by the Wall Street Journal say that shipping cars between China and the U.S. defies economic logic.

“Even if this tariff was zero, GM still wouldn’t build its China volumes in the U.S.,” said Robin Zhu, a senior analyst at Sanford C. Bernstein. “The supply chain would be too long, and logistics costs would make the cars structurally unprofitable.”

The only cars that make sense to export are high-end, low-volume vehicles, industry analysts say. But even Tesla Inc., which has specialized in that sort of vehicle until now, is planning to move away from exporting. It is building a factory in China as it aims to transition from niche startup to mainstream auto maker…

“Given GM’s customers are in China, it would make no economic sense to export from the U.S. to China,” Ms. Lewis said.

While Zhu and Lewis are talking about building cars in the U.S. for the Chinese market, logically the principles should apply to GM’s Envision.

In August, General Motors asked the Trump administration to exempt the Envision from any tariffs that the U.S. may put on auto imports. GM said in a statement that it filed the request on July 30 with the U.S. Trade Representative that “assembly in our home market is not an option” for the Envision because sales in the U.S. are paltry compared with sales in China, where the company sold around 200,000 last year.

A source familiar with the president’s thinking said that it is highly unlikely General Motors will win that exemption.

“I think GM ought to stop making cars in China and make them here,” Trump said Monday in an interview with The Wall Street Journal. “I think they forgot where they came from.”

China, however, is now the largest market for General Motors.  Last year the company sold 4,040,789 vehicles there. And China has high tariffs on automobiles and other requirements that make exporting cars into China all-but impossible. General Motors policy of “we build where we sell” is a requirement in China.

But it would be a far simpler matter to bring just the U.S. portion of Envision manufacturing back to the U.S.  The basic architecture of the Envision is the same as the soon-to-be late Chevy Volt, which was built at the Detroit-Hamtramck Assembly plant that the company announced would close by the end of next year. It likely would not take an enormous amount of retooling to keep the plant open and making Envisions.