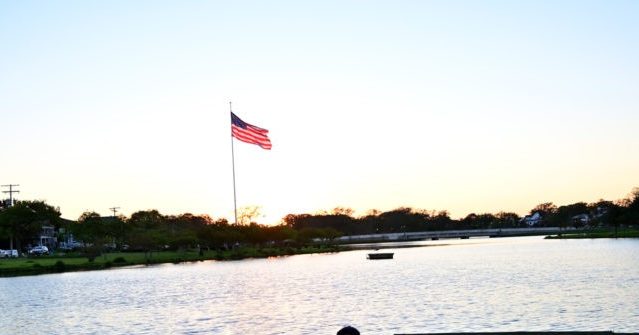 Super-charged unemployment benefits may finally be starting to bite.

The federal government has been providing extra money for those collecting unemployment benefits since the pandemic struck nearly a year ago. These enhanced unemployment benefits started out at $600 above the regular weekly benefit levels, which vary from state to state. Last summer they were reduced. Today, the federal government kicks in an extra $300.

When the enhanced benefits were first announced, some Republican lawmakers noticed that because of the enhancement a large share of those on unemployment would receive more in benefits than they had earned while on the job. This could have the consequence of preventing workers from returning to the workforce. If someone can earn more by not working, it’s pretty hard to get him or her back onto a payroll.

This was a theoretical problem last year but not something to seriously worry about. We were ordering businesses to shut themselves down, throwing tens of millions of Americans out of work. Demand for in-person services and in-person retail trade collapsed under the weight of stay-at-home orders. Nonessential workers whose jobs required them to be physically present at a worksite were thrown out of work. There was no danger of keeping too many workers out of jobs because our actual policy was to keep workers away from the workplace.

There was also an issue of basic fairness. The newly jobless were losing their jobs because of public health policy designed to benefit the American people as a whole. The economic burden of that should not be visited upon those whose jobs our public policy erased at the stroke of a pen. The jobless were actually serving the public good and deserved to be compensated for it. The enhanced benefits should be seen as warzone compensation in the struggle against the pandemic.

What’s more, the enhanced benefits had multiplier effects that stopped the economy from deteriorating further. Ordinarily, when millions lose their jobs and are only able to collect unemployment benefits that pay around half of their previous wages, consumer spending declines sharply. In part, this is because the unemployed simply have lower incomes to spend. But even those who hold on to their jobs often pull back on spending because they are pre-emptively saving in case they lose their job in the months ahead.

When millions pull back on spending, this reduces incomes to businesses. That prompts more layoffs, which in turn lowers spending because of incomes falling and more protective saving, leading to more layoffs, and so on. It’s the familiar downward spiral of recessions feeding on themselves.

Enhanced unemployment benefits make unemployment less harsh. This means that the unemployed can keep up their consumption and households have less need to save against the possibility of future unemployment. Combined with direct relief deposits and subsidies to businesses to keep up payrolls, this stopped the employment crash of spring 2020 from getting much worse and enabled the swift recovery we are still experiencing today.

The U.S. economy has not fully recovered. We still employ 5.5 percent fewer workers than we did back before the pandemic. Manufacturing and construction, two areas that have led the recovery, have hundreds of thousands of jobs to go before they will reach pre-pandemic levels of employment. Retail trade is down around 600,000 jobs.

Note that this doesn’t mean anyone is a slacker or cheating the system. Anyone not taking a job because the job on offer to them pays less than unemployment is simply rationally responding to the system we created to keep the pandemic from creating an economic catastrophe. And we—the American economy at large— are still benefiting from this because the extra income of the unemployed is helping keep up aggregate demand in the economy.

But there is evidence that the enhanced benefits are starting to be a drag on employment. Let’s start with the big picture: the workforce participation rate. This was little changed in March despite the economy adding over 900,000 jobs last month and nearly 470,000 in February. Normally, that kind of hiring should be drawing workers back into the workforce. The fact that it has not brought back workers suggests that we’re enhancing workers right out of the workforce.

What’s more, businesses posted 6.9 million job openings in January. Both anecdotal evidence and private data from recruiting companies indicate that job postings have continued to surge. But this still isn’t drawing workers back onto payrolls

The number of persons who haven’t looked for a job in the last four weeks but who say they currently want a job was about unchanged at 6.9 million in March. These too are good candidates for the category of Enhanced Out of Working, or EOW.

And even though vaccination rates surged and thousands of schools around the country reopened, the number of marginally attached workers who say they want a job but didn’t search for one in the past 4 weeks was also essentially unchanged at 1.9 million.

Among those classified not in the labor force who currently want a job, the number of persons marginally attached to the labor force, at 1.9 million, was also unchanged. These are people who say they wanted and were available for work and had looked for a job sometime in the prior 12 months but had not looked for work in the 4 weeks preceding the survey.

The number of discouraged workers, a subset of the marginally attached who believed that no jobs were available for them, was 523,000 in March, also essentially unchanged from the previous month. At least some of these are likely to be EOW.

We do not have a lot of experience with this level of enhanced benefits, especially when combined with huge direct stimulus payments. That makes it hard to develop a solid rule for determining the metrics that count of evidence that workers are being held back from work by the enhancement—much less how many workers this applies to. But what we’ve seen in the last two months suggests that the enhancement has started to bite.

There are other things that could also be holding back workers. Even though some of the largest school systems have reopened, many students continue to be trapped in remote schooling at least part-time. Until very recently, many would-be workers were excluded from vaccination programs because they were too young or in occupations that did not qualify for the early rounds.

And, of course, withdrawing the enhancement could hurt businesses that have benefited from millions of Americans earning additional income due to the spending of the unemployed. Withdrawing too rapidly could have unexpected economic costs, especially if our recovery proves more fragile than it appears to be.

But it is pretty clear that employment will not be able to return to pre-pandemic levels so long as we keep paying workers more not to work.