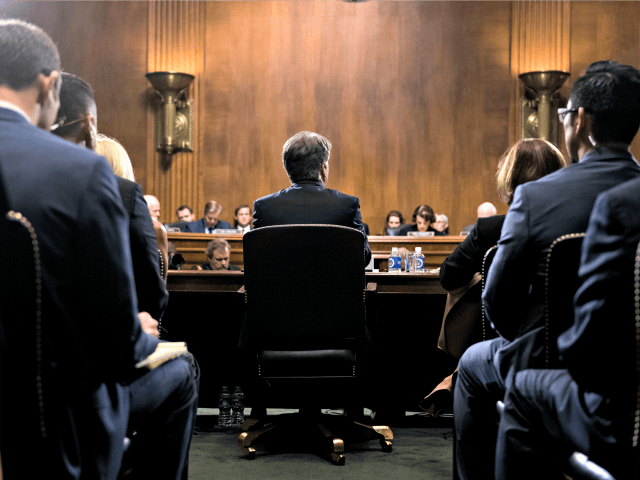 Friday on his Fox News Channel program, Tucker Carlson explained how over the past 48 hours, Supreme Court associate justice nominee Brett Kavanaugh had become a “folk hero” in the eyes Republicans voters.

Carlson warned Republicans if they failed to defend Kavanaugh, voters will “long remember” it.

“[A]t this point, Kavanaugh isn’t just a Supreme Court nominee,” Carlson said. “He is a folk hero to many people — an inspiration to millions. People who have spent the last two years being browbeaten and bullied by their moral inferiors were buoyed by what he said yesterday. These are people who have been told they’re worthless and bigoted. They have been unfairly maligned because they are in the way of other people gaining power. They’ve been commanded to shut up and obey. Kavanaugh stood up for those people yesterday. He raised a middle finger to the tormentors, and they love him for it.”

“Kavanaugh is more popular with Republican voters tonight than any single Republican senator,” he added. “And he is incalculably more popular than the Senate as a whole. Kavanaugh probably wouldn’t describe it this way, but he has a constituency — a powerful one. And they will long remember if Republicans defend him in his moment of need.”