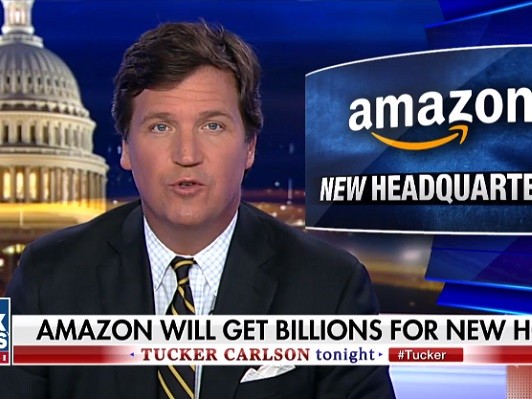 Carlson labeled the Democratic Party the party of “merciless corporate power” and said the deal benefitting Amazon rewards it even though it is controlled by Jeff Bezos, one of the wealthiest men in the world.

“The latest example, New York and Northern Virginia, two of the Bluest parts of this country showered promises and billions and billions in taxpayer breaks on Jeff Bezos,” he continued. “He runs Amazon. In return, both those states are getting a new Amazon headquarters. It’s a great deal for Bezos. Not that he needs it. He’s already the richest man on planet Earth. But, what about taxpayers?”