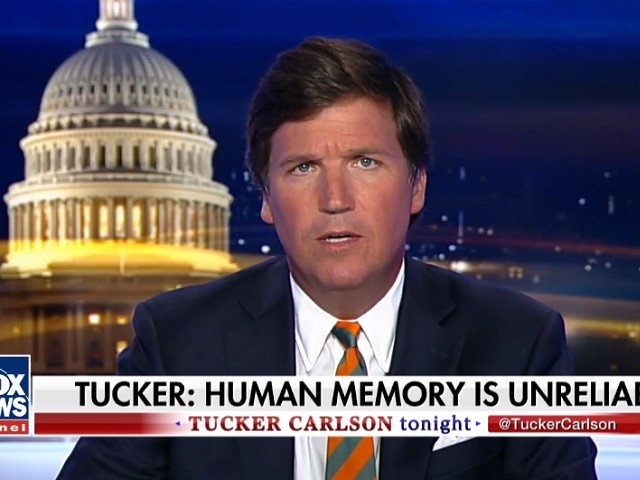 “The larger lesson of this moment and actually the past two years is that the left will not abide losing power, even temporarily,” Carlson said. “For liberals, political power is personal power, and without it, they are exposed and terrified. Some become vicious. If you have lost friends, since Trump got elected or have been yelled at over dinner or on an airplane, you know exactly what we are talking about. Liberals believe they were meant to run this country, our government and our culture. They have no intention of sharing control with you. If they are not in charge, they will burn it down, which is what they are doing now.”

“The question is — the political question is will the Republican Party let them do this? If Republicans allow Kavanaugh’s nomination to be derailed over an unprovable allegation he can’t rebut, it’s over. They will never put a justice on the Supreme Court again. It will be too easy to stop them. A single charge from 35 years ago will be enough. That’s the precedent they would set.  And let us pause parenthetically and say, we may learn more in the coming weeks, who knows and the calculation may change. But as of today, there is no way to prove either way what happened 35 years ago in Bethesda, Maryland. It’s an unsolvable mystery, again unless something else comes up. So to derail the nomination on the basis of it, would be a brand-new thing. Republican voters put up with a lot already including a party leadership that does not share their values, or even like them very much and doesn’t hide it well. They vote Republican anyway in part because they would like to see judges who care about the Constitution sitting on the Supreme Court. Once that’s gone, what’s the point of voting Republican?”