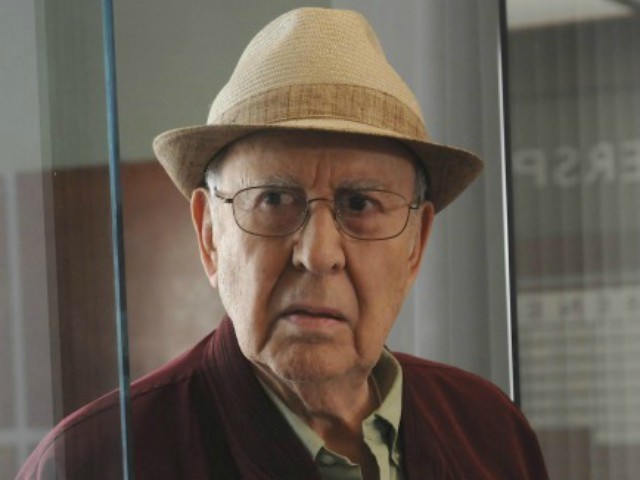 Actor Carl Reiner released a get a vote video attacking President Donald Trump ahead of the midterms Tuesday, saying that he “cannot bear to see” “America being destroyed by racism, fear-mongering and lies.”

“I’ve lived through the Great Depression. I served in World War II in our fight to defeat fascism. I’ve seen the invention of television and performed on television even before my family owned one,” Carl Reiner said.

“In my 96-and-a-half years, oh, I’ve seen a lot of things, but the one thing cannot bear to see is America being destroyed by racism, fear-mongering and lies.”

What is on my mind will be coming out of my mouth as you watch this: pic.twitter.com/fZkyGg8rlU

The Ocean’s Eleven actor said that the way to defeat Trump was to “vote for elected officials who will hold this president accountable” in the upcoming midterm elections. He ended his message by urging viewers to vote in the midterms.

Reiner’s unhinged political rhetoric is nothing new. He recently compared President Trump to Adolf Hitler, tweeting, “Just heard Trump declare that he is a Nationalist, In 1938 wasn’t there a German guy, who was a really big Nationalist?”

Just heard Trump declare that he is a Nationalist, In 1938 wasn’t there a German guy, who was a really big Nationalist?