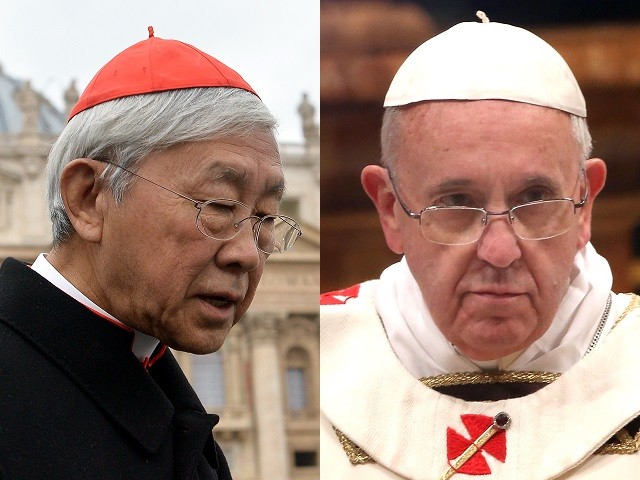 The redoubtable Cardinal Joseph Zen said Thursday that the recently inked deal between the Vatican and China over the naming of bishops spells the “annihilation” of the Church in China.

In an op-ed for the New York Times titled “The Pope Doesn’t Understand China,” Cardinal Zen — the retired bishop of Hong Kong — speculated that the new deal, which concedes an unspecified role in the appointment of bishops to the Chinese Communist Party (CCP), is fruit of the naivete of Pope Francis.

“Francis may have natural sympathy for Communists because for him, they are the persecuted,” Zen wrote. “He doesn’t know them as the persecutors they become once in power, like the Communists in China.”

And while supporters of the accord say that it brings unity after longstanding division between the underground Church loyal to the pope and the “official” church approved by the Chinese authorities, in reality it is “a major step toward the annihilation of the real Church in China,” Zen said.

“Pope Francis, an Argentine, doesn’t seem to understand the Communists,” Zen added, perhaps because of his experience in South America he sees them as defenders of the poor against oppressors.

The cardinal recalled that after China severed relations with the Vatican in the 1950s, Catholics and other believers were arrested and sent to labor camps.

“I went back to China in 1974 during the Cultural Revolution; the situation was terrible beyond imagination. A whole nation under slavery. We forget these things too easily,” Zen said.

“We also forget that you can never have a truly good agreement with a totalitarian regime,” he said.

The beginning of the end, he proposed, was when Slovak Cardinal Jozef Tomko “who understood communism” was replaced in 2002 by a “young Italian with no foreign experience” in overseeing the Church’s international missionary work.

In the face of recent experience, the cardinal said he has revised his earlier opinions regarding the pope’s choices of aides.

“I was among those who applauded Francis’s decision to appoint Pietro Parolin as secretary of state in 2013,” he said. “But I now think that Cardinal Parolin cares less about the Church than about diplomatic success. His ultimate goal is the restoration of formal relations between the Vatican and Beijing.”

Zen also likened China to the situation in Cuba, where a Francis visit in 2015 accomplished little besides media hype.

“But what did Francis’s visit to Cuba in 2015 bring the Church? The Cuban people? Almost nothing. And did he convert the Castro brothers?” Zen asks rhetorically.

What the new accord will actually achieve, Zen warns, is the suppression of the good bishops of the underground Church who are faithful to Rome

Zen said that if he were a cartoonist he would “draw the Holy Father on his knees offering the keys of the kingdom of heaven to President Xi Jinping and saying, ‘Please recognize me as the pope.’”

The cardinal ends his essay with an appeal to the underground bishops and priests of China, asking them not to start a revolution, which would only mean their ruin.

“Go home, and pray with your family,” he said. “Till the soil. Wait for better times. Go back to the catacombs. Communism isn’t eternal.”