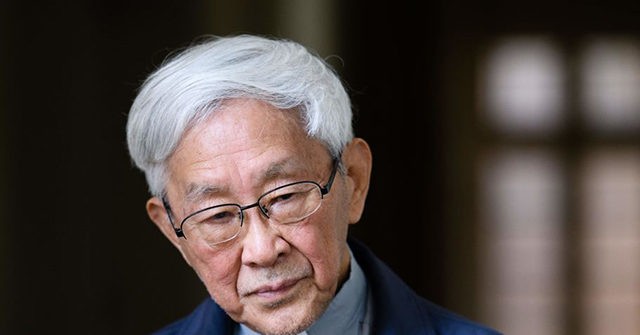 “With the protection of this agreement, the government forced the people from the underground to join the Patriotic Association… which is objectively schismatic,” Cardinal Joseph Zen told AFP this week, adding that the underground community has “practically disappeared” as a result.

On Thursday, the Holy See Press Office announced the renewal of the 2018 Sino-Vatican agreement on the appointment of bishops for another two years, citing its “great ecclesial and pastoral value.”

Earlier this year, Cardinal Zen declared that while the Vatican seeks compromise with the CCP, they want “complete surrender.”

In his ongoing criticism of the Vatican’s rapprochement with the CCP, Zen has insisted that Pope Francis is “naïve” in dealing with a country about which he knows little.

“The pope doesn’t know much about China. And he may have some sympathy for the Communists, because in South America, the Communists are good guys, they suffer for social justice,” Zen told the Catholic News Agency (CNA). “But not the [Chinese] Communists. They are persecutors.”

“So the situation is, humanly speaking, hopeless for the Catholic Church: Because we can always expect the Communists to persecute the Church, but now [faithful Catholics] don’t get any help from the Vatican,” he said.

“The Vatican is helping the government, surrendering, giving everything into their hands,” Zen said.

Last December, Zen said that the pope’s policies in dealing with the CCP are “killing” the underground Church in that country.

“Unfortunately, my experience of my contact with the Vatican is simply disastrous,” the cardinal said, noting his particular distress over the Vatican’s deal with Beijing.

“A secret agreement, being so secret you can’t say anything,” Zen said of the deal. “We don’t know what is in it. Then the legitimization of the seven excommunicated bishops. That’s incredible, simply incredible.”

“But even more incredible is the last act: the killing of the underground,” he said.