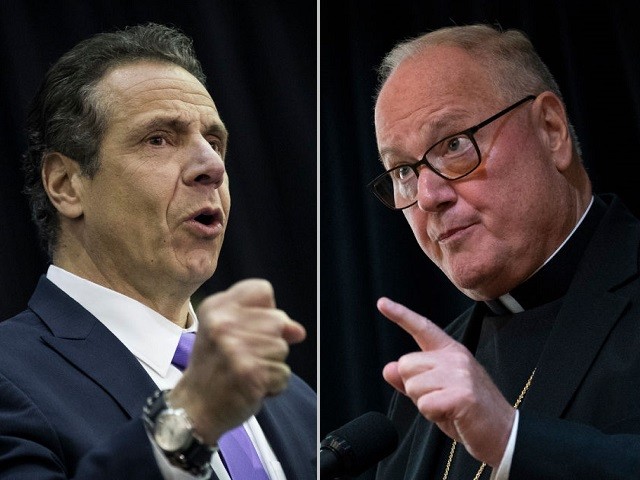 New York Cardinal Timothy Dolan has entered into a sparring match with Governor Andrew Cuomo over recently enacted abortion legislation, accusing the governor of “hiding behind labels” rather than debating facts about abortion.

Cardinal Dolan, the archbishop of New York, took issue particularly with a February 6 op-ed in the New York Times in which Mr. Cuomo said that the “religious right,” including Dolan, was “spreading falsehoods about abortion laws to inflame their base.”

In a response Thursday, Cardinal Dolan criticized the governor’s use of name-calling with labels like the “religious right,” insisting that the abortion issue is not a matter of confessional belief or political partisanship but of commonsense protections of human life.

“The civil rights of the helpless, innocent, baby in the womb, as liberal Democrat Pennsylvania Governor Robert Casey once remarked is not about right versus left, but right versus wrong,” Dolan noted.

Linking me with the religious right is “something new from the governor,” the cardinal added. “He did not consider me part of the ‘religious right’ when seeking my help with the minimum wage increase, prison reform, protection of migrant workers, a welcome of immigrants and refugees, and advocacy for college programs for the state’s inmate population.”

Advocacy for the human rights of the pre-born infant cannot be reduced to a “Catholic issue,” Dolan continued, which is “an insult to our allies of so many religions, or none at all.”

Citing Governor Casey a second time, Dolan wrote: “I didn’t get my pro-life belief from my religion class in a Catholic school, but from my biology and U.S. Constitution classes.”

“Debate abortion on what it is,” the cardinal concluded. “Don’t hide behind labels like ‘right wing’ and ‘Catholic.’”

A sweeping poll conducted in January revealed that 75 percent of Americans want substantial legal restrictions on abortion, including 60 percent of Democrats and 61 percent of those who identify as “pro-choice.”

A significant majority of Americans support legal restrictions on abortion while two-thirds of Americans want Roe revisited to allow for state regulation of abortion or to ban it altogether, the survey found.

According to the poll, a full 75 percent of Americans say abortion should be limited to — at most — the first three months of pregnancy.