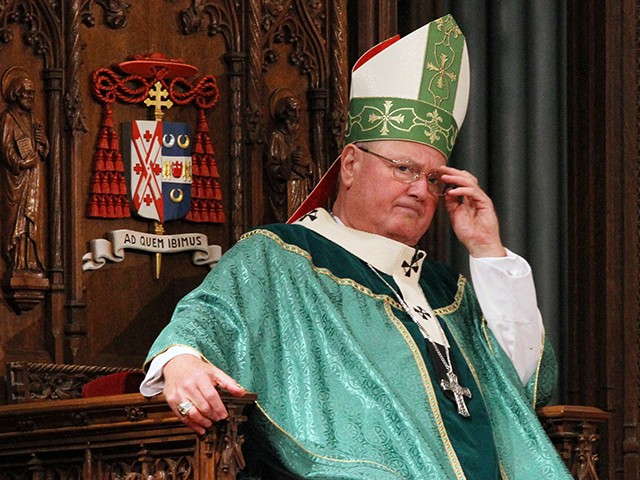 “I think she is nominated because she is the best candidate around,” said Dolan on his Sirius XM show “Conversations with Cardinal Dolan.”

Even those who do not share Barrett’s judicial philosophy admire her because she is “a woman of integrity and strength and independence,” the cardinal said.

“They all rave about her character,” he added. “In my mind, that’s what’s most important.”

The cardinal said that like her predecessor, Justice Ginsburg, Barrett is also a woman of faith, which some try to use against her.

“What I admired in the accolades to Ruth Bader Ginsburg, there were a lot of articles about her deep Jewish faith and how she was not afraid to say that the values of her Jewish faith animated how she lived, and how she judged,” Dolan said.

Ginsburg “always said she faced three biases: a woman, a mother, and a Jew,” Dolan added, noting that Barrett would face similar prejudices.

Like Ginsburg, Judge Barrett is facing biases against her, in her case as “woman, mother, and Catholic,” he said.

Cardinal Dolan is not the only prelate to come to Barrett’s defense.

Archbishop Charles J. Chaput also praised Judge Barrett this week both for her integrity and her stellar record on the bench.

“Barrett’s life story suggests that she actually believes and seeks to live what her Catholic faith teaches,” the former archbishop of Philadelphia wrote in an essay for First Things. “Worse, she has a superb intellect, a deep grasp of the law, and an excellent record as a jurist.”

“In other words, she’s a nightmare for a certain kind of political tribe,” he observes.

Some in our political class now view with suspicion “Catholics who are more than merely ‘nominal’ in their faith,” he said, noting that Catholics who actually believe and try to practice what the Church teaches are threatening to progressives.

Labeling “dissenting Catholics as ‘mainstream Americans’ and believing Catholics as ‘extremists’ — now a common and thoroughly dishonest culture war technique — is a particular affront to the free exercise of religion,” Chaput said.