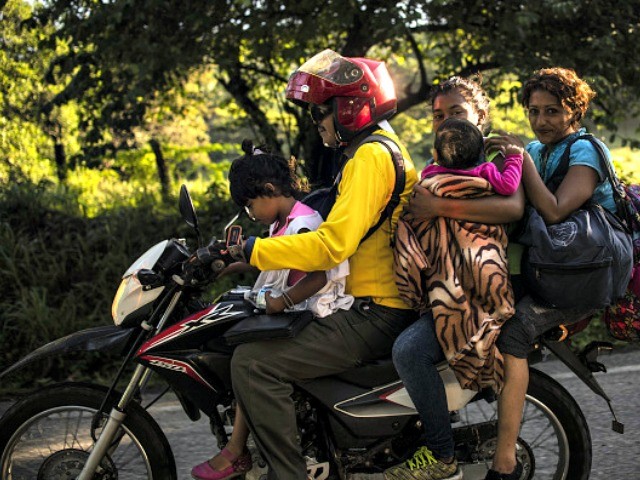 “White voters” who sit “in front of their TVs drinking beer” and are concerned with mass immigration to the United States are not a priority, the organizer of a  7,000-strong migrant caravan says.

In an interview with USA Today, an open borders activist traveling with the migrant caravan of previously deported illegal aliens and job-seekers says he has no time to “worry about white voters” in America:

Rodrigo Abeja, a Pueblo Sin Fronteras activist traveling with the migrants, said there were concerns about timing the caravan’s arrival to the U.S. border at about the same time as the midterm elections. But he still felt a duty to help the migrants. [Emphasis added]

“It’s more important to accompany the caravan … than worry about white voters, sitting in front of their TV’s drinking beer,” he told USA Today. [Emphasis added]

President Trump has threatened Central America with cutting off the more than $500 million in U.S. taxpayer-funded aid that is sent to the region every year, as well as authorizing the deployment of 800 troops to the southern border.