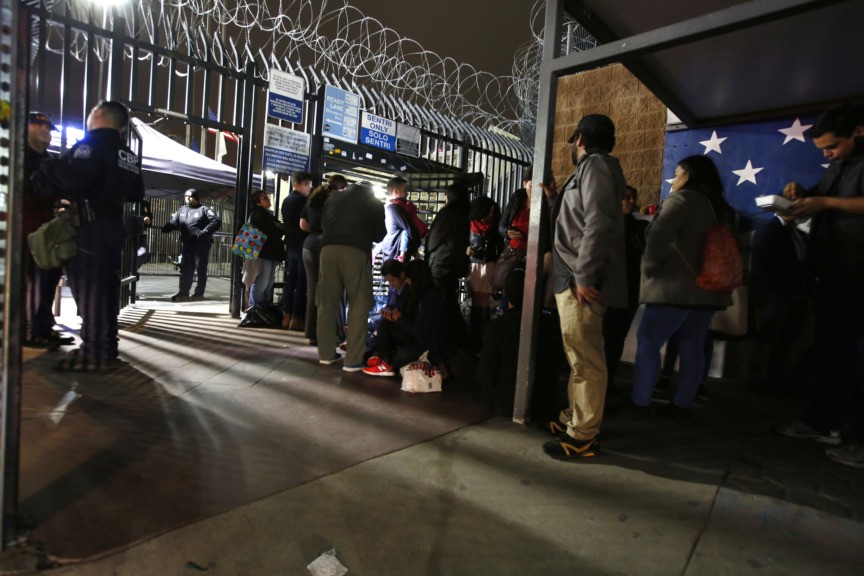 More than 160 Caravan migrants protested the closure of one of the shelters in Tijuana. The migrants refuse to leave the building despite orders from local authorities to leave.

Standoff continues at warehouse shelter in Tijuana’s Zona Norte where authorities have ordered some 120 caravan members to leave. pic.twitter.com/XrXdmeEg7v

The Baja California’s Health Department closed the makeshift shelter citing sanitary reasons because the building does not have light or water service, Mexico’s Lopez Doriga reported. State officials loaned the building to Mexican federal authorities to house some of the migrants who were sleeping in the streets.

After the closure of the building, some of the migrants refused to leave despite the presence of police forces. Officials planned to move the group to one of the larger shelters in the city. The migrant rights group Pueblo Sin Fronteras filed a court injunction to keep the migrants from being forced out. A tense standoff of sorts ensued as migrants and police continue to wait for the court’s decision on the fate of the shelter.