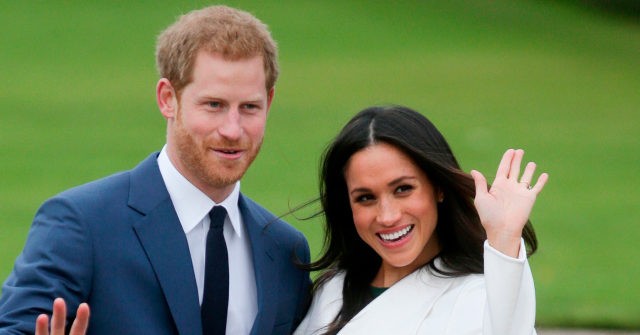 The head of the UK’s Society for Editors has been forced to resign after pressure from 160 journalists from the UK’s most left-wing media outlets because he defended the press and said it was “not acceptable” for the Sussexes to claim the media was racist “without supporting evidence”.

Ian Murray, the chief executive of the leading British press industry body, had released a statement on behalf of the Society for Editors on Monday following Meghan and Harry’s tell-all interview with Oprah Winfrey, saying: “The UK media is not bigoted and will not be swayed from its vital role holding the rich and powerful to account following the attack on the press by the Duke and Duchess of Sussex.”

In the following days, the society received pressure from dozens of journalists. Sky News reports that 160 “journalists of colour” and editors from the leftist HuffPost UK, left-liberal Guardian, and establishment Financial Times had issued statements disagreeing with the Society’s position.

Several journalists announced that they would be pulling out of the Society of Editors’ Press Awards, a source of funding for the body, including ITV News presenter Charlene White who was supposed to host the event. ITV had obtained the rights to broadcast the interview between the woke royals and Oprah Winfrey in the UK.

The broadcaster also reportedly pressured Good Morning Britain host Piers Morgan to apologise for saying he did not believe the Duchess’s claims she failed to receive help for mental health issues from the Palace, after Meghan had complained to ITV’s CEO. Carolyn McCall, the broadcaster’s chief executive officer, had claimed earlier this week: “I completely believe what she said.”

Morgan walked out on set, resigning permanently. The Guardian reported on Wednesday that ITV had seen £200 million of its value wiped off following the firebrand talk show host’s departure.

On Wednesday, Mr Murray said he would “take the blame” for the controversy and tended his resignation so that the organisation can “rebuild its reputation”.

Later, the board of the Society, which claims to be dedicated to “protecting the freedom of the news media”, issued a statement claiming there was “a lot of work to be done in the media to improve diversity and inclusion”.

“We will reflect on the reaction our statement prompted and work towards being part of the solution,” it added.

The Guardian reported on Wednesday that many of the 236 “journalists of colour” from itself, the liberal BBC, the British Metro, The New York Times, and others who had condemned Murray said the Society of Editors’ effective apology and new position were still insufficient.

The move also appears to have changed little the outcomes of journalists pulling out of its fundraising event, with ITV’s Ms White still refusing to come back to host the event, telling the Society of Editors board: “I only work with organisations who practise what they preach. My time is precious, so I’d rather not waste it.”

The People Have Spoken! Majority of Britons Want Harry & Meghan Stripped of Titles After ‘Betrayal’ of Family https://t.co/mVBFG13blG

Both Meghan and Prince Harry had called the British media racist during their interview with Oprah on Sunday. Meghan said that while the press was “rude” to then-Kate Middleton before her marriage to Prince William, “rude and racist are not the same.”

While the Duke of Sussex said that racism was “a large part” of why the couple left the UK, singling out the media, claiming “the UK press is bigoted, specifically the tabloids”.

In Mr Murray’s original statement, the former Society of Editors chief remarked: “It is strange indeed, that the couple have attacked the UK media previously for alleged intrusion into their private lives yet have opened up on several occasions to media in the U.S., the latest event being yesterday’s [Sunday’s] interview with Oprah Winfrey which will play to a world-wide audience.

“The UK media has never shied away from holding a spotlight up to those in positions of power, celebrity or influence. If sometimes the questions asked are awkward and embarrassing, then so be it, but the press is most certainly not racist.”