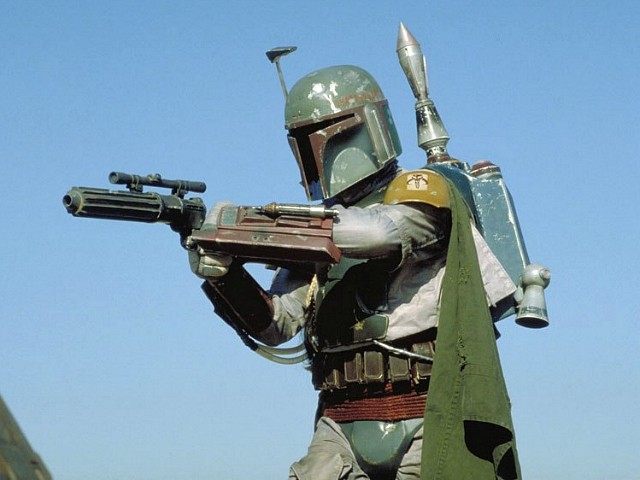 This week’s cancellation of a feature film starring the bounty hunter character Boba Fett tell us just how much trouble the Star Wars franchise is in.

LucasFilm chief Kathleen Kennedy finally bit the bullet this week, finally revealed what we all knew to be true — that the Star Wars movie universe is contracting, shrinking, and doing so in a very serious way.

If you recall, the original plan was for Kennedy and Disney to Marvel the Star Wars series, to mine the mythology and wealth of characters in a way that would guarantee a mega-hit for Disney once or twice a year.

After the mind-boggling success of the reboot, 2015’s The Force Awakens, that all seemed possible.  The country was crazy for Star Wars. It was 1977 all over again. We could not get enough, our goodwill exploded, and Kennedy was going to keep ’em coming…

On top of this latest trilogy —  in what is known in the Skywalker Saga — there would be spin-off sagas, and these spin-offs would almost certainly result in sequels and franchises of their own. Han Solo, Obi-Wan Kenobi, and Boba Fett projects were all announced, with the promise of even more.

It was all so exciting. The most iconic franchise in the history of movies had returned, and we were off!

There was just one tiny problem…

Oh, we loved The Force Awakens in the theater, with a crowd of fellow enthusiasts. The fan service was exceptional. All those touchstones and callbacks were thrilling. But on closer examination — like, say, when you are watching at home, it’s just not a very good movie.

And why did you kill off Han Solo — the most beloved and popular character in the franchise?

Oh, well, at least we still have Luke and Leia — am I right?

Then came Rogue One, a prequel to the original Star Wars, which was a little bit better of a movie, but it only barely squeaked over a billion dollars worldwide.

Was there a disturbance in the Force?

And then came The Last Jedi, and this is when it all came together –in a bad way.

Here we were, laying down our hard-earned money to take a trip into a galaxy far, far away and here was this hideous Kathleen Kennedy woman beating us over the head with her obnoxious feminist agenda, her even more obnoxious identity politics, her intolerable preaching and ham-handed, man-hating Woke-ness, and this movie sucks and, oh, well, that is just great, now they’ve  killed off Luke and replaced him the cast of Dawson’s Creek 2.

Well, at least we still have Carrie Fish– Oh, no.

A movie focused on Han Solo seemed to come at exactly the right time. After all, who doesn’t love Han Solo? Who doesn’t want to see Solo?  But then…

Even the Lucas prequels didn’t flop, not even Attack of the Clones, but Solo did, grossing just $392 million worldwide, which is a disaster for something that probably had to crack $800 just to break even.

Solo was not so disappointing a movie it deserved to flop, so here’s what I think happened…

The fans had been complaining bitterly about a lot of things, most especially The Last Jedi, and in return Kennedy and her Woke Squad attacked them, called them bigots and sexists and backward, and screw you we are Star Wars and this thing will always make money, which means we can use it as a soapbox for our Woke Man-Hating, and while you deplorables crybaby, we’ll be laughing all the way to the bank.

Furious over The Last Jedi and all the rest, the fans took it out on Solo, and so here we are…

But where are we, really?

What does the cancellation of the spin-offs mean?

Well, believe it or not, after all this promise and hype and announcements, there is only one Star Wars movie beyond the planning-to-be-planned stage, and that is the upcoming Episode IX, which officially closes this particular trilogy and the overall Skywalker saga.

Oh, Kennedy and Company have some TV shows coming, but TV is still TV… In the arena of the big screen, where Star Wars truly belongs, Star Wars has one last gasp before it stares into the abyss, before it can no longer ride on the goodwill of the original trilogy and those beloved characters, who are all dead now.

All Kennedy has lined up is the promise of two new trilogies, one being developed by Last Jedi director Rian Johnson, who is dead to the hardcore Star Wars community because The Last Jedi sucked; and a separate trilogy in development by a couple of guys who did Game of Thrones.

It actually gets worse, because as she kills off our beloved characters (and those she doesn’t kill she turns into metrosexual-soy-boys), Star Wars has no characters to build a fourth trilogy from. Raise your hand if you want to spend three whole movies with Mary Sue the charisma-free Rey or the befuddled sitcom dad Finn.

And that, my friends, is how Kathleen Kennedy screwed the most unscrewable brand in movie history.

Naturally, though, because this is Hollywood, where ideology and identity triumph over all, Kennedy continues to fail upwards.