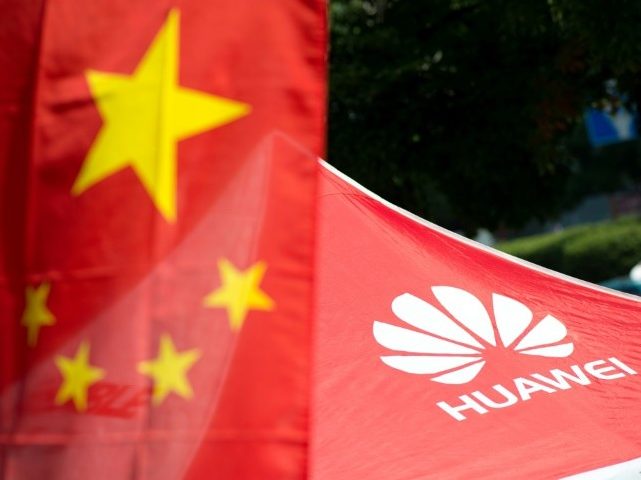 Until Meng’s bail hearing Friday, the reasons for her arrest in Canada on December 1 were shrouded in mystery. A Canadian judge had thrown a gag order over the case, banning reporting on the details. That gag order was lifted Friday and prosecutors detailed the allegations against the Chinese executive.

She allegedly falsely told banks that Huawei was a separate company from SkyCom Tech so that banks would approve transactions that violated sanctions against Iran.

Far from being a separate company, SkyCom was used as a front for Huawei to do business with Iran, prosecutors alleged at a bail hearing for the accused executive.

“Huawei is SkyCom. This is the alleged fraud,” Canadian prosecutor John Gibb-Carsley said.

Gibb-Carsley said the banks were “victim institutions” of fraud by Meng. He said her actions exposed the banks to potential fines for violating U.S. sanctions.

A lawyer for Meng denied the allegations, called the charges against her “preposterous,” and urged the court to release her on bail.

Court sketch of Huawei CFO Meng Wanzhou in green prison sweatsuit. Her father founded the Chinese tech giant, his net worth is 3.2 billion dollars. Family’s wealth is key argument in the request that her bail be denied. Lawyer says no amount of bail will be incentive to stay pic.twitter.com/a8LUmvfGa6

A 2013 Reuters investigation claimed that Huawei was using Skycom to do business in Iran. When financial institutions asked Huawei about the article, Meng allegedly denied Huawei controlled SkyCom. In a presentation to one bank, Meng allegedly described her company’s relationship with SkyCom as a “normal business operation” and claimed that although Huawei had divested itself of a stake in SkyCom.

The Canadian prosecutor said this was untrue. SkyCom was allegedly an unofficial subsidiary of Huawei and completely under its control.

SkyCom employees used Huawei email addresses and its management were Huawei employees, according to the prosecutor.

Prosecutors told the court that a judge in New York issued a warrant for Meng’s arrest in August. A Canadian official authorized her arrest in November. Meng was arrested on December 1 while changing planes on a trip from Hong Kong to Mexico.

A lawyer representing Meng argued that she would not breach a court order and leave Canada because doing so would humiliate her father, Huawei and “China itself.” Fleeing would cause Meng to lose “face,” Meng’s lawyer said. The lawyer also proposed that Meng could be electronically monitored to ensure she does not take flight.

Meng is the daughter of Huawei’s founder and chief executive Ren Zhengfei. She was widely considered to be his likely successor. Meng is also known by the names Sabrina Meng and Cathy Meng.

Several reporters from the U.S. and Canadian media organizations tweeted details of the accusations after the court lifted a publishing ban that had been in place since Meng’s arrest.

Crown in #Huawei case says here’s the proof: SkyCom employees used Huawei email addresses, management were Huawei employees, bank records linked the two companies, and that in effect the two companies were the same. SkyCom was used to conceal dealings with sanctioned countries.

In a series of example, prosecutor stating that Ms. Meng was directly involved in Skycom/Iran dealings and that no Skycom employees exists and that they were in fact Huawei employees. Used Huawei emails etc

Crown says the fraud came down to a presentation, helped by an interpreter, where #WanzhouMeng attempted to convince the executive of a financial institution that Huawei had only cooperated with SkyCom, and had owned shares at one point but sold them

AG: Meng personally reperesented that skycom and huawei were separate when in fact they were not

The fraud allegations against Meng relate to Huawei’s relationship with Skycom, a company doing business with Iran. US contends that Skycom is Huawei #cbc

Also Crown alleges that Meng “deceived” financial institutions and in doing so put the bank at risk and inparticular at risk of criminal prosecution in connection with violating US sanctions against Iran. #ctvnews #huawei

Martin argues “you can rely on her personal dignity,” in arguing for his client #MengWanzhou to get bail. Says she would not breach a court order because it would humiliate her father and embarrass China. Now referencing how important “face” is in China. #Huawei