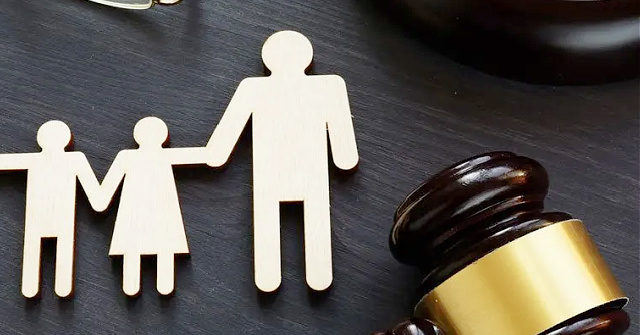 A Canadian judge has temporarily suspended an unvaccinated father’s custody of his three children, ruling that he poses a health threat to his immunocompromised daughter.

Court of Queen’s Bench Judge Nathalie Godbout’s decision was issued Monday, in which she stated it was “with a heavy heart” she prohibited the father’s in-person access to his children but noted she allowed him “generous” time to parent his children via phone or video, the Canadian Press reported. Godbout stated the man’s vaccination status bears consequences for him and his family, adding that the children “must be given their best possible chance at evading infection from COVID-19.”

The judge further ruled the children’s mother could vaccinate them without the father’s consent.

According to the mother’s attorney, Fredericton Lawyer Grant Ogilvie, the children have already received a dose of a vaccine, the CBC reported.

The parents, who are not identified in Godbout’s decision, separated in 2019 after being together for ten years. Over the past three years, they have alternated custody on a weekly basis, according to the Canadian Press. The father has since entered a new relationship with a partner who is not vaccinated, and Godbout stated that the mother learned of their vaccination status last July. Their immunocompromised middle-child suffers from non-cancerous tumors in her blood vessels, according to CBC. Once the children were eligible to be vaccinated, the father refused to sign consent forms.

Late last year, the mother filed a motion with the court, according to the Canadian Press:

The mother filed a motion with the court in October to have the father’s in-person parenting rights suspended, and a hearing was held on Jan. 24, during which she also asked permission to have the children immunized without their father’s consent, the judge said.

Godbout said the father claimed he’d done his own “research” about COVID-19 vaccines and concluded they pose a harm to his immunocompromised daughter. The judge pointed to the plentiful and credible public health advice to the contrary and noted the child’s own doctor recommended that her father be vaccinated in order to protect her from COVID-19.

“This research is not set out in (his) affidavits in any meaningful way, other than his subjective assertion that it informs his choice and is from ‘credible sources,’ ” the judge wrote. “(He) may find himself conducting ‘research’ for information that supports his position, leaving him blind to evidence that does not.”

“His own anecdotal research on such a highly specialized topic carries little to no weight in the overall analysis when measured against the sound medical advice of our public health officials,” she stated in the decision, according to the CBC.

Ogilvie said the mother is “ecstatic,” per the CBC:

Godbout said if the man gets vaccinated, he can file an urgent request to have the court review the suspension.

A similar ruling came down last month in Quebec, as a father’s right to see his 12-year-old child was suspended as he was not fully vaccinated against coronavirus, Breitbart News reported.