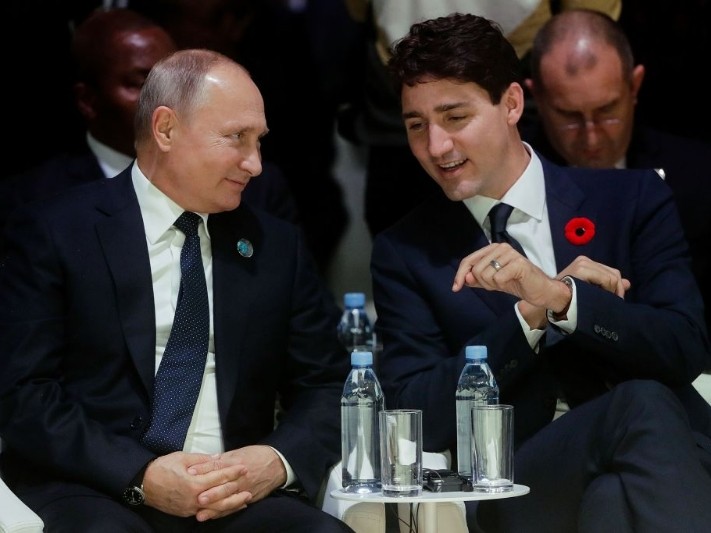 Canadian Prime Minister Justin Trudeau used the Great War Armistice centenary Sunday to lash out at populism and nations that do not conform to narrow ideas of globalism, making a series of apparently thinly veiled attacks on U.S. President Donald Trump.

Two distinct views on the legacy of the Great War of 1914-1918 emerged at a ceremony attended by dozens of world leaders gathered at a military cemetery in France with globalists lashing out at their political rivals.

While President Trump sat through Emmanuel Macron’s denouncement of populist politics, he had already left by the time Canada’s Justin Trudeau used the commemoration of the Great War’s dead to launch an attack on the politics of the U.S. leader, accusing the President and others of offering “easy answers”.

Taking the side of the mainstream media — which has been extremely friendly towards his administration — against accusations of fake news, Trudeau told the audience of leaders: “Attacks on the media are not just about getting your preferred political candidate elected, for example, they are about increasing the level of cynicism that citizens have toward all authorities, towards all of the institutions that are there to protect us as citizens.”

He added: “When people feel their institutions can’t protect them, they look for easy answers in populism, in nationalism, in closing borders, in shutting down trade, in xenophobia,” reports Canadian broadsheet the Toronto Star.

Fellow globalist leader and French President Emmanuel Macron’s speech also followed this theme, Breitbart reported, when he said: “Patriotism is the exact opposite of nationalism: Nationalism is treason… If we think our interests may only come first and we don’t care for others, it is a treason of our values, a betrayal of all moral values. We must remember this.”

Macron also used the event to conscript the Great War into supporting the modern European Union — his Presidency having been dedicated to supporting and growing it — and spoke of the challenges of “global warming” and “ignorance”.

Discussing the League of Nations, the 1920s-era United Nations forerunner whose failure is broadly accepted by historians as being a contributing factor to the outbreak of a Second World War in 1939, Macron said: “They imagined the first international corporation, the dismantling of empires, and redefined borders, and dreamed at the time of a union, a political union of Europe.”

President Trump himself delivered a speech which stood at odds with the political view espoused by the leaders of France and Canada, which sees Western civilisations and culture eroded by organisations like the European Union and encouraged disorderly mass migration.

Acknowledging that soldiers who fought in the Great War were in part fighting to preserve a recognisable civilisation, the President said it was now incumbent on their heirs to ensure the struggle had not been in vain. He said: “It is our duty to preserve the civilisation they defended and to protect the peace they so nobly gave their lives to secure one century ago.”