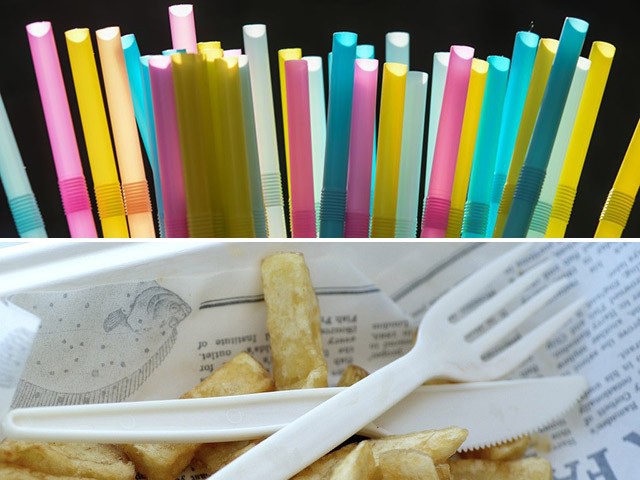 Gov. Brown signed 41 bills into law on Thursday including banning restaurants from automatically distributing plastic straws or advertising kid’s meals with a soda.

The California Constitution requires that September 30 is the last day for the Governor to sign or veto bills passed by the Legislature before September 1. Governor Brown on September 20 signed 41 bills and vetoed 6.

Brown justified signing Assembly Bill 1884, prohibiting dine-in restaurants from automatically providing plastic straws with meals, with a statement that plastic is now a danger that “pervades every aspect of modern life” and its “single-use convenience has led to disastrous consequences” for society that must eventually be eliminated.

The governor stated that with the annual global production of plastic having reached 448 million tons by 2015, plastic in the world’s oceans now kills millions of marine mammals each year. He added that microplastics in tap water and plastic straws, bottles, packaging, and bags “are choking our planet.”

The impact of the bill will be limited because it does not apply to fast food, coffee shops and other take-out stores that are the biggest distributors of plastic items. Customers can still get a straw at dine-in eateries but will have to independently request one.

Brown also signed Senate Bill 1192 that amends the California Retail Food Code to requires all dine-in and fast food chains to offer milk; a non-dairy milk alternative; or sparkling, still or flavored water as a default or advertised beverage for a child’s packaged meal. The bill does not prohibit a restaurant from selling, or a customer’s ability to purchase, an alternative beverage if the purchaser requests one.

The most significant surprise on Thursday was Brown’s pocket veto of Senate Bill 1424 that would have directed the California Attorney General Xavier Becerra to establish an advisory group to study the supposed “problem of the spread of false information through Internet-based social media.

Brown called SB-1424 called the “creation of a statutory advisory committee to examine this issue not necessary,” given the numerous studies by academic and policy groups.