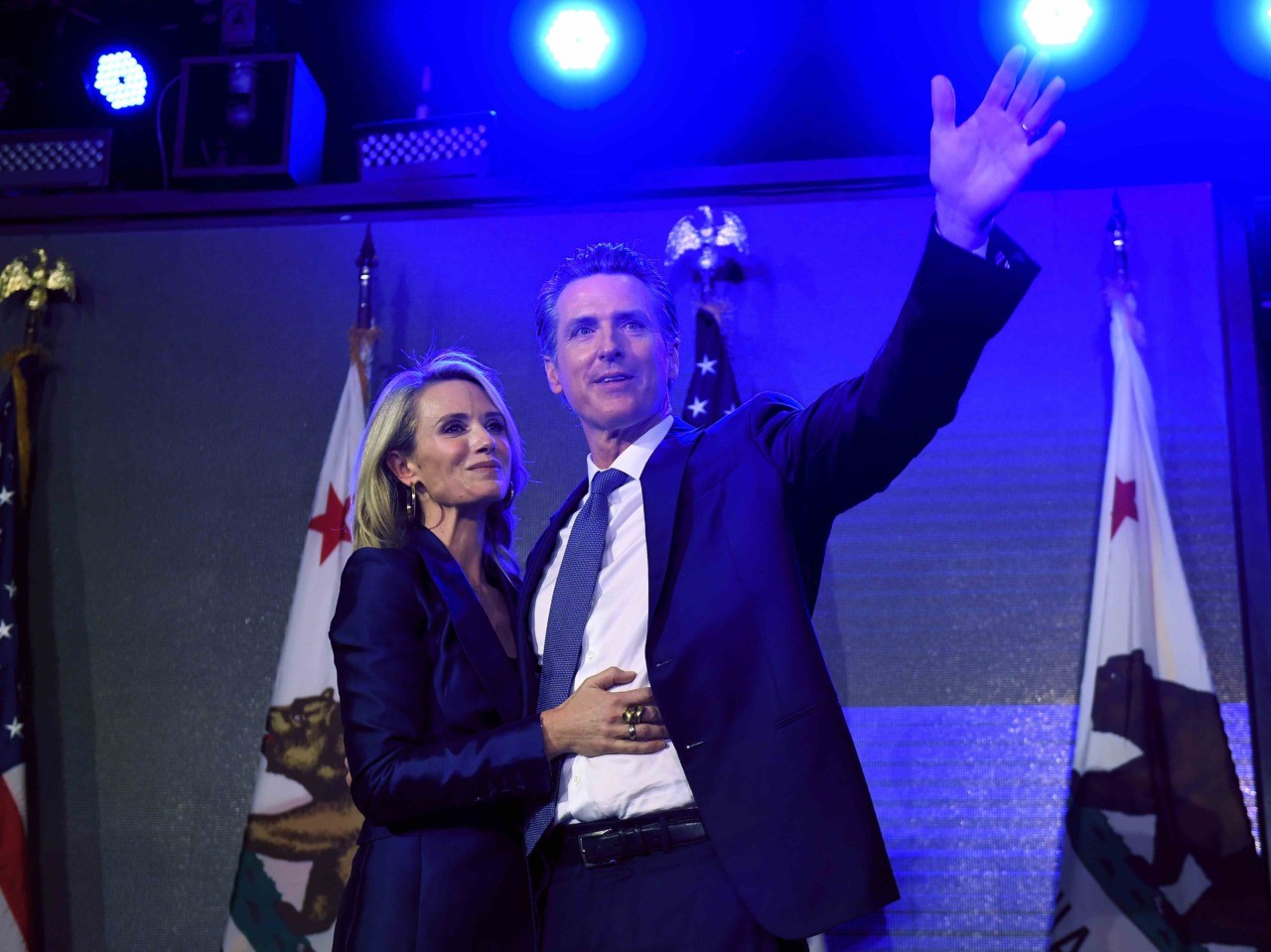 California Gov. Gavin Newsom was sworn in just before noon on Monday, Jan. 7 in a ceremony in Sacramento, and declared in his inaugural address that his administration “will offer an alternative to the corruption and incompetence in the White House.”

Newsom, accompanied by his wife, Jennifer Siebel Newsom — whom Newsom referred to as “First Partner” of the State of California,” rather than “First Lady” — took the stage amidst cheers — and some heckling. “I like seeing democracy in action there, a moment ago,” he said, addressing the heckling.

“We have a champion in that speaker [of the U.S. House of Representatives], Nancy Pelosi,” he added as he began.

Newsom then painted a target on Trump at the beginning of his speech. He called the Trump administration “hostile to California values, and California’s interests.”

He warned California of what was at stake in the battle against the Trump administration: “People’s lives, freedom, security, the water we drink, the air we breathe — they all hang in the balance.”

Newsom attacked what he called powerful forces that opposed the people of California — in addition to the Trump administration. He listed them: “drug companies” charging the state high prices for medicine; a “gun lobby that’s willing to sacrifice the lives of our children to line their pockets,” “polluters”; and “payday lenders who target the most vulnerable.”

He addressed the “gulf between the rich and everyone else,” saying the homelessness problem in California should “keep each and every one of us up at night.”

He said the state would pay down its debt and meet future obligations, but that it would also be “bold” in using the state government to achieve social goals.

“This is a time for courage,” he said.

He went on to attack President Donald Trump’s plan to build a wall along the U.S.-Mexico border, and to tout the goal of universal health care for all California residents. He also vowed to protect abortion, and recalled his efforts to legalize gay marriage 15 years ago, as mayor of San Francisco.

At one point, his young son, Dutch, approached the stage, blanket in hand and pacifier firmly in place. Newsom picked him up and continued his speech.

Politics aside, @GavinNewsom‘s son interrupting his inaugural address is the cutest and best thing that has happened in politics in recent memory. Every dad can relate! pic.twitter.com/vTWBf1nhVp

The new governor joked that he had “scripted” the interruption — as his son continued to gambol around the stage, to much laughter from the audience.

“Im glad this is the rehearsal,” an amused Newsom joked. “We’ll get to this tomorrow.”