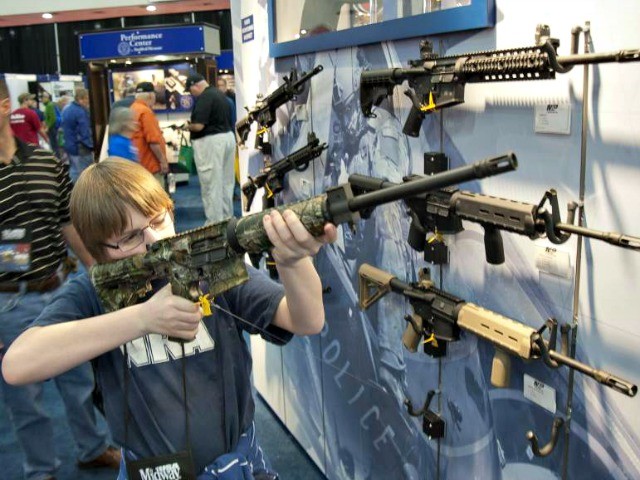 Reuters reports that Brown’s signature expands California’s gun violence restraining orders, which allow firearms to be confiscated from residents under court order. The new law “makes it easier for family members and police to take firearms and ammunition away from people.”

The law raising the minimum age for long gun purchases was pushed as a response to the use of a rifle by a 19-year-old in Florida’s February 14, 2018, Marjory Stoneman Douglas High School attack. The law’s sponsor, State Sen. Anthony Portantino (D), said, “No parent should have to worry that a gun gets in the wrong hands and commits a heinous and violent tragedy on our school campuses.”

The law imposing a new minimum age for rifle purchases invites a lawsuit from the NRA, which is already suing Florida over a similar rule. (Federal law allows 18-year-olds to purchase long guns.)

California already has universal background checks, gun registration requirements, gun confiscation laws, a ten-day waiting period on gun purchases, a requirement that residents obtain a firearm safety certificate from the state before buying a gun, and a one-handgun-a-month purchase limit. The state also has “good cause” limitations on concealed carry permit issuance, Gun Violence Restraining Orders, an “assault weapons” ban, a law against buying ammunition from out of state, and the allowance of gun sales only from a state-approved roster of handguns.

Yet on September 12, 2018, a 54-year-old man shot and killed five innocents in Bakersfield, California, with a handgun.