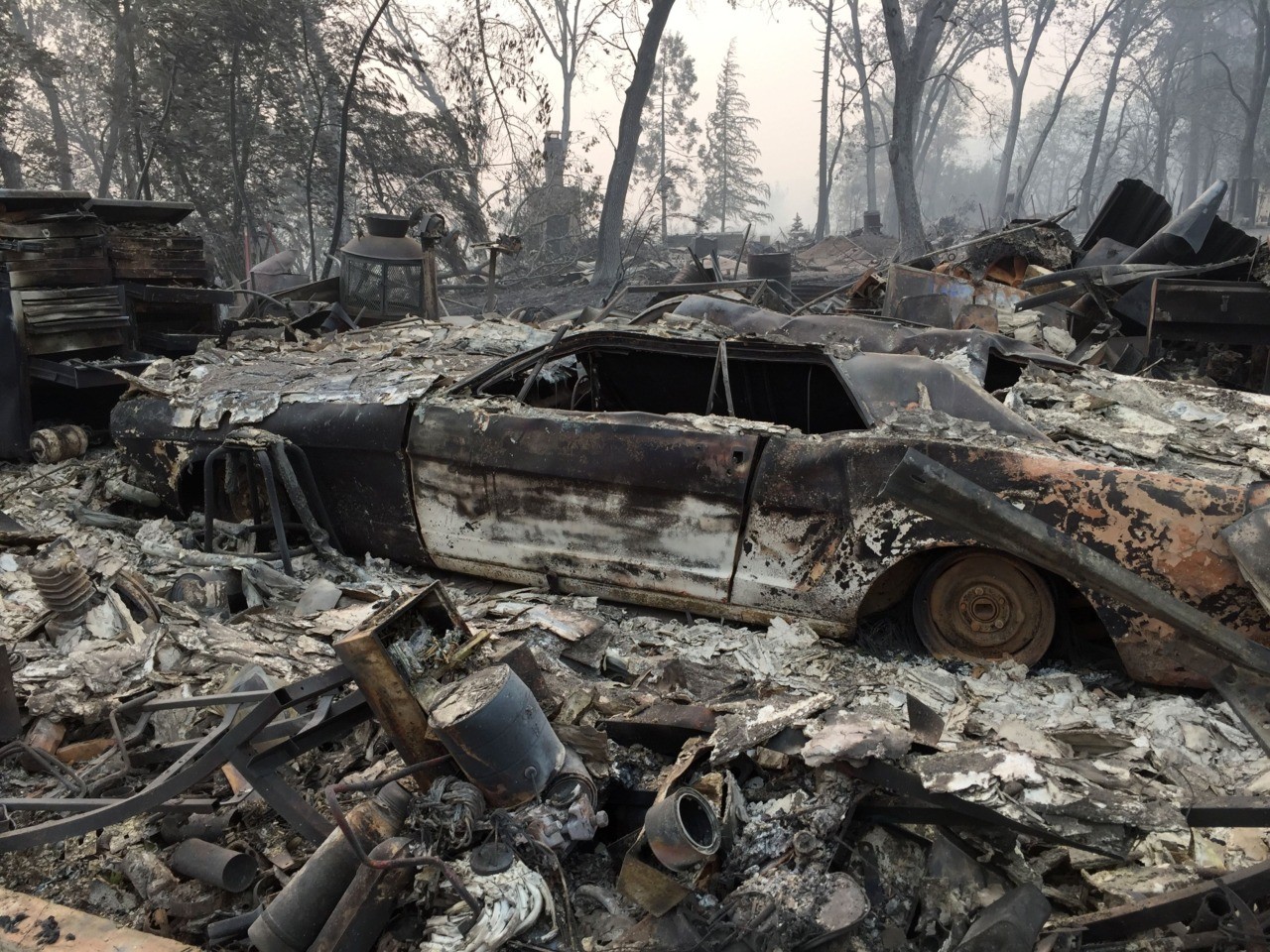 CHICO, Calif. (AP) — With the confirmed death toll at 71 and the list of unaccounted for people more than 1,000, authorities in Northern California on Friday searched for those who perished and those who survived the fiercest of wildfires ahead of a planned visit by President Donald Trump.

Deputies found eight more bodies Friday, bringing the death toll to 71. The number of people unaccounted for grew from 631 on Thursday night to more than 1,011 on Friday, but Sheriff Kory Honea said the list was dynamic and could easily contain duplicate names and unreliable spellings of names.

He said the roster probably includes some who fled the blaze and do not realize they’ve been reported missing.

Some on the list have been confirmed as dead by family and friends on social media. Others have been located and are safe, but authorities haven’t gotten around to marking them as found.

Tamara Conry said she should never have been on the list.

“My husband and I are not missing and never were!” Conry wrote Thursday night on Facebook. “We have no family looking for us. … I called and left a message to take our names off.”

Authorities compiled the list by going back to listen to all the dispatch calls they received since the fire started, to make sure they didn’t miss anyone.

In last year’s catastrophic wildfires in California wine country, Sonoma County authorities at one point listed more than 2,000 people as missing. But they slowly whittled down the number. In the end, 44 people died in several counties.

The wildfire this time all but razed the town of Paradise, population 27,000, and heavily damaged the outlying communities of Magalia and Concow on Nov. 8, destroying 9,700 houses and 144 apartment buildings, authorities said.

Firefighters were gaining ground against the blaze, which blackened 222 square miles (575 square kilometers). It was 45 percent contained and posed no immediate threat to populated areas. Crews managed to stop it from spreading toward Oroville, population 19,000. This patch of California, a former Gold Rush region in the Sierra Nevada foothills, is to some extent Trump country, with Trump beating Hillary Clinton in Butte County by 4 percentage points in 2016.

But some survivors resent that Trump took to Twitter two days after the disaster to blame the wildfires on poor forest mismanagement. He threatened to withhold federal payments from California.

“If you insult people, then you go visit them, how do you think you’re going to be accepted? You’re not going to have a parade,” Maggie Crowder of Magalia said Thursday outside an informal shelter at a Walmart parking lot in Chico.

But Stacy Lazzarino, who voted for Trump, said it would be good for the president to see the devastation up close: “I think by maybe seeing it he’s going to be like ‘Oh, my goodness,’ and it might start opening people’s eyes.”

In his Fox News interview on the eve of his visit, the president repeated his criticism. Asked if he thought climate change contributed to the fires, he said, “Maybe it contributes a little bit. The big problem we have is management.”

Nick Shawkey, a captain with the state fire agency, said the president’s tweet blaming poor forest management was based on a “misunderstanding.” The federal government manages 46 percent of land in California.

“The thing he’s tweeting about is his property,” Shawkey said.

California’s outgoing and incoming governors said they would join Trump on Saturday.

Democrats Gov. Jerry Brown and governor-elect Gavin Newsom said they welcomed the president’s visit and “now is a time to pull together for the people of California.” Brown and Newsom have been vocal critics of Trump.

More than 450 searchers continued looking for human remains in the ashes.

Around 52,000 people have been driven out and have gone to shelters, motels and the homes of friends and relatives. With winter coming on, many are seeking answers on what assistance will be provided.

At the Chico Mall where the Federal Emergency Management Agency and others set up an assistance center, 68-year-old Richard Wilson sought information about lodging. His wife is nearly bedridden from lupus and fibromyalgia.

“We’re having to stay at a Marriott, which is like $100 a night, and we’re running out of money,” Wilson said as he stood outside in rubber sandals and no socks — the only footwear he had when he fled the flames that destroyed his home.

In Southern California, meanwhile, more residents were being allowed back in their homes near Los Angeles after a blaze torched an area the size of Denver and destroyed more than 600 homes and other structures. The blaze was 69 percent contained, authorities said.

At least three deaths were reported.

Schools across a large swath of the state were closed because of smoke, and San Francisco’s world-famous open-air cable cars were pulled off the streets.