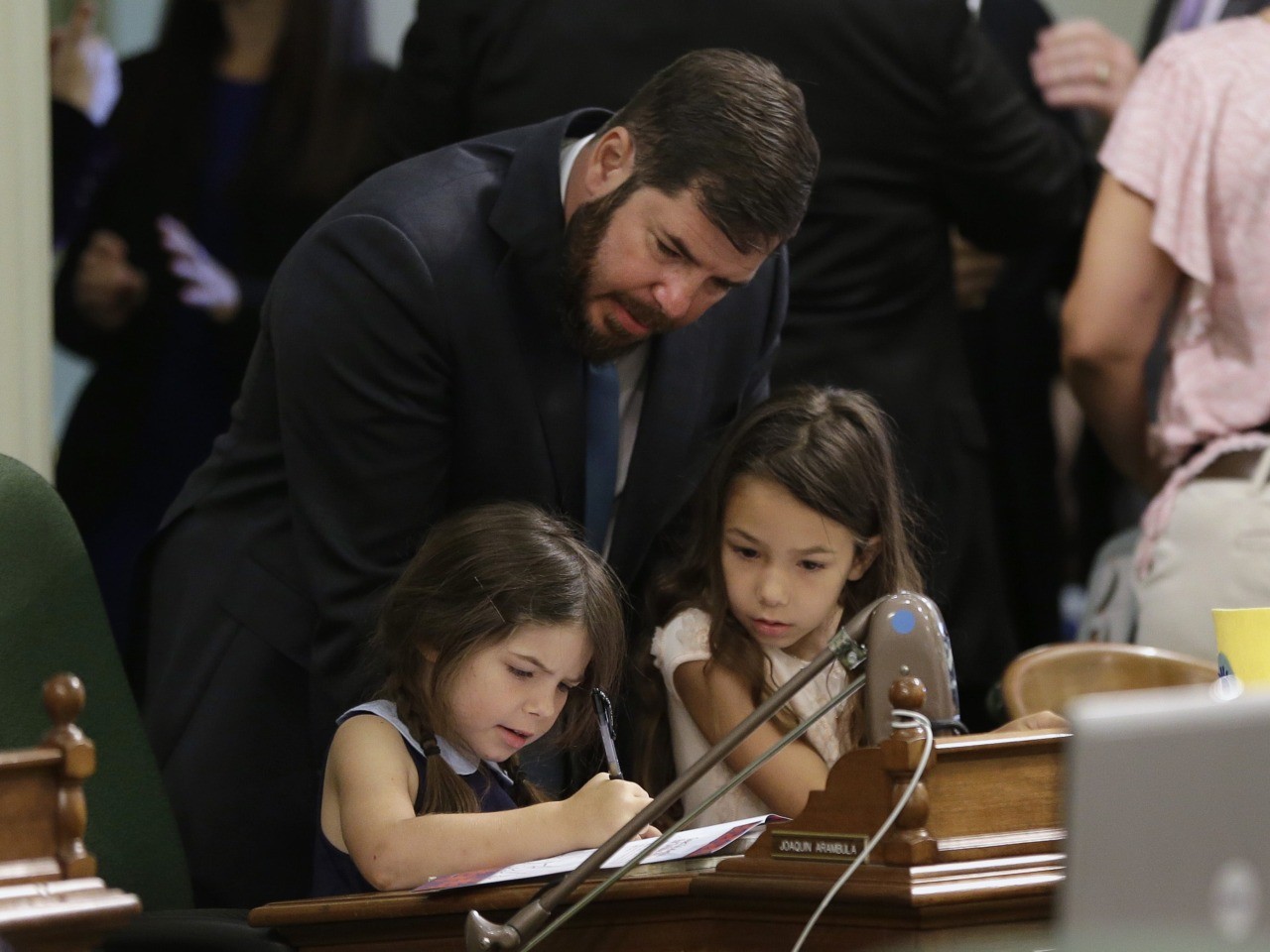 California State Assemblyman Joaquin Arambula (D-Fresno) was arrested Monday on charges of misdemeanor child cruelty, and Republicans are demanding that he resign.

The arrest came after officials at Dailey Elementary Charter School discovered an injury on a child who came into an office Monday afternoon, [Fresno police Chief Jerry] Dyer said. He did not describe the injury or Arambula’s relationship to the child. He was cited for willful cruelty to a child,

…
“Joaquin is a committed father who wants what is best for his children,” his spokeswoman Felicia Matlosz said in a Tuesday statement. “He is fully supportive of the process, which will show he is a loving and nurturing father.”

The child described how the injury occurred and said Arambula inflicted it, Dyer said. The police determined the injury happened Sunday evening. Arambula was cooperative and cordial, but he did not provide a statement to officers based on advice from his attorney, Dyer said.

Officers were “confident that a crime had occurred” and arrested Arambula on suspicion of willful cruelty to a child, Dyer said. He was taken in a patrol car to police headquarter, finger-printed, photographed and then released because his crime is a misdemeanor. The injury did not rise to the level of a felony.

The Los Angeles Times noted that Arambula, a relative newcomer to the state legislature, had focused on health care issues, including a proposal to expand Medi-Cal to illegal aliens.

He had also introduced a bill, later signed into law by Gov. Jerry Brown, to expand mental health care for children who had experienced trauma.