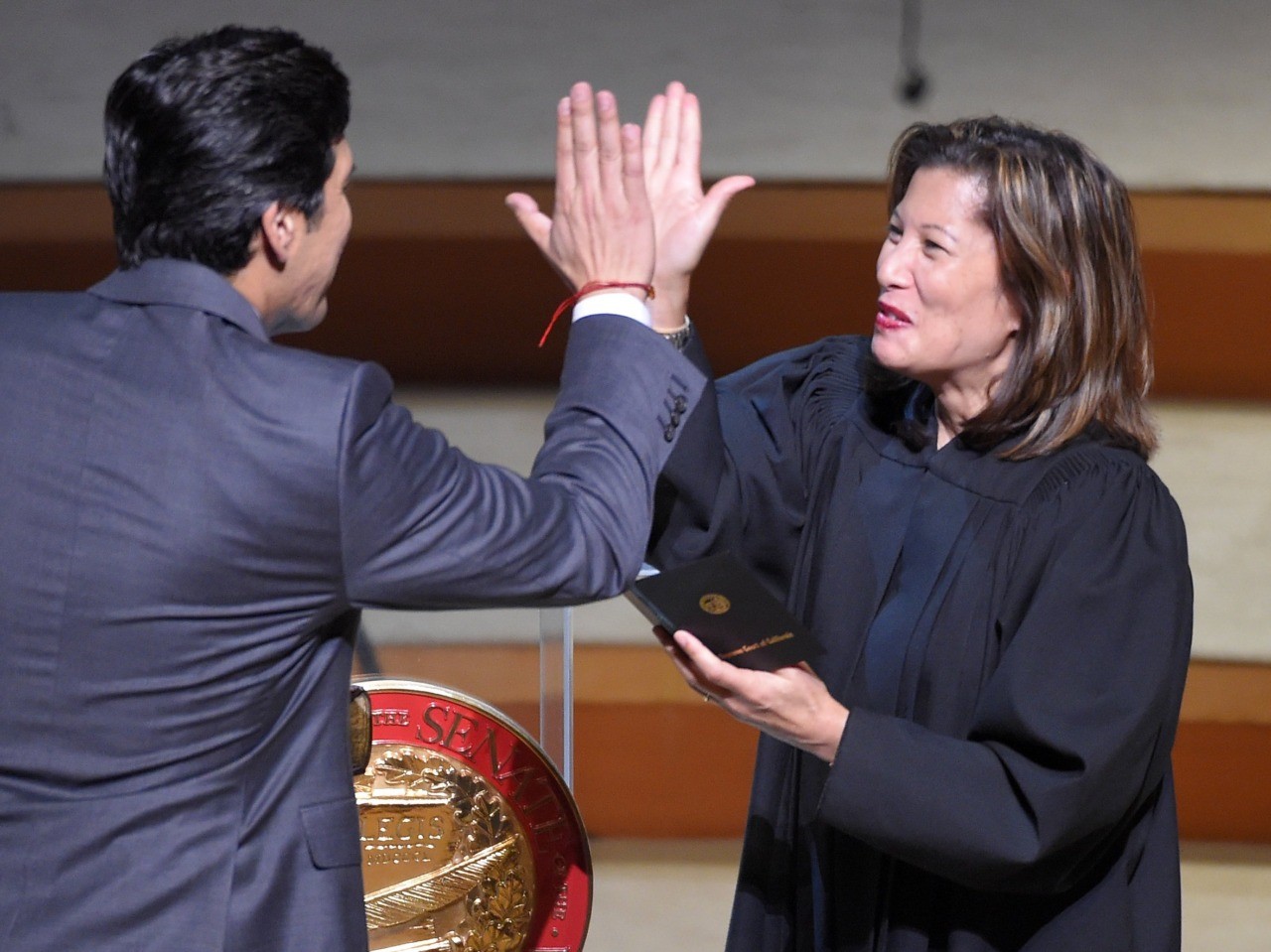 Chief Justice Tani Cantil-Sakauye of the California Supreme Court has quit the Republican Party over the confirmation of Brett Kavanaugh to the U.S. Supreme Court earlier this year.

Cantil-Sakauye’s defection was reported by the CalMatters blog, citing comments she made during a panel discussion Thursday  at the National Press Club in Washington, DC. She re-registered as “No Party Preference.”

Cantil-Sakauye—who was a prosecutor before becoming a judge 28 years ago and California Supreme Court chief justice in 2011—said she made the final decision to change her registration after watching the U.S. Senate confirmation hearings of U.S. Supreme Court Justice Brett Kavanaugh.

“You can draw your own conclusions,” she said.

In those hearings, Kavanaugh denied allegations by Christine Blasey Ford, a Palo Alto professor, that he assaulted her when they were high school students in Maryland.

“I’ve been thinking about it for some time,” Cantil-Sakauye said, adding that she talked it over with her husband and friends. Their consensus, she said, was that “you didn’t leave the party. The party left you.”

The chief justice did not elaborate about what, in particular, she found objectionable in the GOP’s support for Kavanaugh — or what she found credible about Ford’s allegations, which were contradicted by all of the available witnesses.

As moderate Republican Sen. Susan Collins of Maine said in her widely-praised — and decisive — speech on the subject: “The presumption of innocence is relevant to the advice and consent function when an accusation departs from a nominee’s otherwise exemplary record.  I worry that departing from this presumption could lead to a lack of public faith in the judiciary and would be hugely damaging to the confirmation process moving forward.”