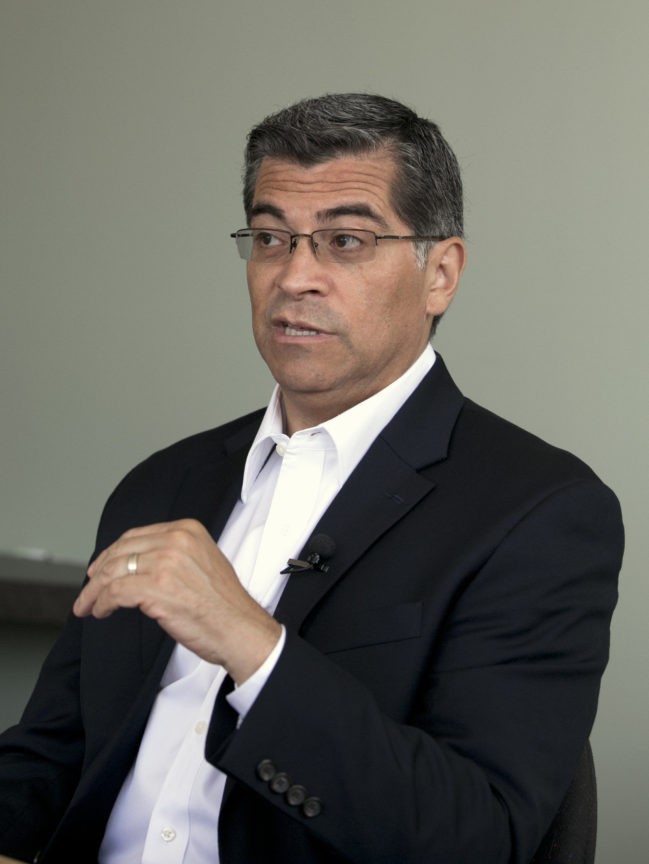 Becerra, who served as a member of Congress for nearly 25 years, became one of the nation’s most outspoken attorney generals when he was named California’s top lawyer two years ago, and he has since used his post atop what some call the “Resistance State” to hit President Donald Trump’s administration with dozens of legal actions.

“I’m looking forward to addressing my fellow Americans on a day when truth, candor, and unity should be the order of the day,” he said in a statement.

Schumer, Pelosi confirm that Stacey Abrams will give the Democratic #SOTU response, and California Attorney General Xavier Becerra will give the Spanish-language response pic.twitter.com/QIyyhuHgrh

Becerra, 60, was appointed attorney general by departing Gov. Jerry Brown (D), and in November won the support of nearly two-thirds of voters over Republican Steven Bailey, a retired judge. The attorney general’s office has long been a stepping stone for politicians, including Brown and Harris, and Becerra’s rise fueled speculation about a future bid for governor or U.S. Senate. Becerra ran unsuccessfully for Los Angeles mayor in 2001, explored a Senate run before his appointment, and was mentioned as a possible vice presidential candidate in 2016.

Failed Democrat Georgia gubernatorial candidate Stacey Abrams will give the English language response to the president’s address. In a Capitol Hill press conference Tuesday, Chuck Schumer (D-NY) revealed Abrams agreed to deliver the high-profile speech when the pair spoke by phone three weeks ago. “She has led the charge for voting rights, which is at the root of just about everything else,” the New York Democrat said of Abrams.

Abrams said in a statement regarding her upcoming speech: “At a moment when our nation needs to hear from leaders who can unite for a common purpose, I am honored to be delivering the Democratic State of the Union response.”

On Monday, President Donald Trump accepted House Speaker Nancy Pelosi’s (D-CA) invitation to deliver his address in the House chamber. The two lawmakers mutually agreed on the date after reaching a deal to temporarily re-open the federal government.