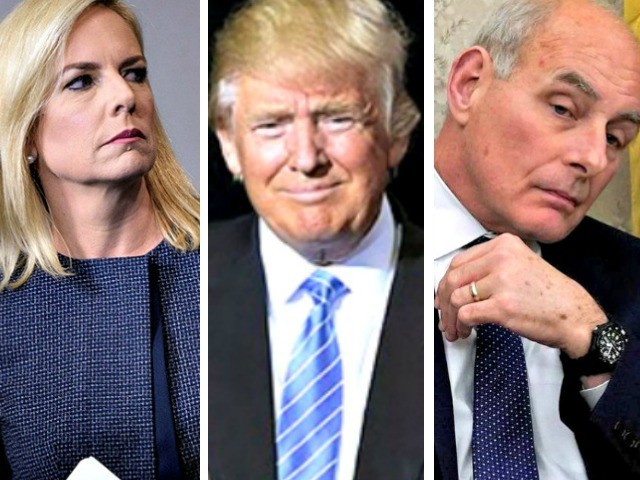 Veteran pollster Pat Caddell told Breitbart News that President Donald Trump will not be re-elected if he does not change his White House team and “purge” the Republican Party of politicians and consultants “bought” by the “donor class.”

“A lot of these people were going to end up supporting her,” said Caddell. “They were lying that they weren’t going to support her. Now, the Republicans are responsible, in part, for this, because they don’t hold anybody’s feet to the fire.”

Caddell added, “I don’t understand why some of the Republicans don’t reach out across the aisle and say, ‘Look, we’ll deliver a bunch of votes if you run somebody and we’ll try to do a bipartisan House, the way Willie Brown was kept speaker in California, and the same thing also happened in Texas in another year. But the Republicans are so pathetic, it is beyond my description. They should be out there saying, ‘These people are lying. People who’ve run [against Nancy Pelosi] have already said they’re voting for her,’ and they’re not being harassed on social media or in any kind of campaign on Facebook, or online, or even in the newspapers, saying so-and-so lied, starting with the new senator from Arizona who came in and voted for Chuck Schumer as her first act, which she said she would not do.”

Caddell continued, “This is not what they promised. The point is they can be held responsible for what they said. Basically this is a cynical belief that the voters are too stupid to care about what they were promised and voted for, and the Republicans share in that cynicism. It’s a Washington phenomenon. The voters are so stupid, we can do whatever we want. It really opens up the question of exactly the kind of politics we have. … This is nothing but a way to be cynical. There are still votes that [Nancy Pelosi] doesn’t have, yet, but no pressure is being on brought on these people to say, ‘This is not what you promised. You can’t do this.’ The Republican Party is an incompetent political operation of the first order.”

Caddell described Speaker of the House Paul Ryan (R-WI) as beholden to the Koch brothers and donors favoring “open borders.”

Caddell stated, “Let’s go to the border thing. Paul Ryan — the Koch Brothers’ Speaker, and the donors’ Speaker; the people who want open borders on the Republican side — sold out he and McConnell to the Democrats in an earlier negotiation, and that is what Trump is challenging. Trump’s got to hold the feet to the fire.”

Caddell added, “Democrats do not want border security. They put illegal immigrants ahead of American citizens. This should have been [the GOP’s] theme in the campaign, and they didn’t deliver. This is another opportunity to put the heat on, but it is a party incapable of doing anything, including walking, or chewing gum, or either one much less together. I’m tired of playing games, here.”

Caddell remarked, “Trump is surrounded by leadership in his own party and in his own White House who are constantly stabbing him in the back and his agenda, and he’s powerless, it seems, to do anything about it. … The Republican Party is essentially wusses. They will not fight. They don’t believe in fighting. They just lay and down roll over, and usually for their donor class, who are basically antithetical to 90 percent of Republicans and what they want.

Caddell continued, “He’s got a White House, his political people are the worst. He has got a White House that is essentially still the people who oppose him. … It’s not just his government, it’s also his White House. They do not fight, because the chief of staff has no interest in politics, and no one else there takes the lead, and that includes the all-powerful son-in-law. Trump is on his way to losing the next election, and I don’t care what they think they know. If he keeps these same people, he will lose.”

Caddell added, “I don’t know why [Donald Trump’s] people would want to vote for him, or a lot of them, because he did not deliver. He’s got a Congress that won’t support him. The reason there’s not a wall is because he’s had a House and he’s had a Senate, yet many of those people are not involved in caring about what the president wants. They answer to the donors who are open borders people, and most of them are bought like the Speaker. Let’s just get it straight. I am tired of this shilly-shallying around. He’s going to take a job and get five or ten million dollars from the Koch brothers, or more, a year, for having delivered. [Paul Ryan] didn’t deliver for the president, he delivered for the party. If Trump doesn’t purge his party or do something, but to have a strategy … they don’t know how to get anything done. They’re losers, and that’s the truth, and many of them are against what they claim to be for. They don’t believe in what they tell their voters, and they prove it all the time. I think it’s a disgusting situation.”

Caddell concluded, “This fight over immigration [and] the border, Democrats are playing with fire. If Trump is smart and could lower his rhetoric and go to the country on the rational arguments that they totally believe in, he could move it. He could put Democrats in a really hard spot, because the truth is they don’t care about the borders. Let’s get it straight. The American people aren’t stupid. They can see it with their own eyes, and all that has to be done is point it out to them, and force these people to have to address this stuff.”