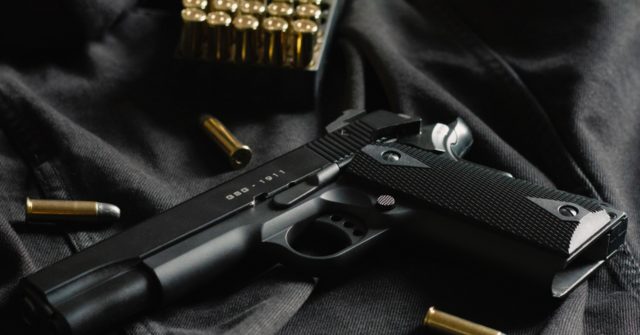 California Governor Gavin Newsom (D) signed a law Wednesday requiring new guns to be outfitted with technology that has proven unworkable wherever it has been tried.

Gun Owners of California reports Newsom signed AB 2847, which “forces manufacturers to use microstamping technology in order to have new handguns on the approved [California DOJ] roster.”

The CA DOJ maintains a roster of new guns approved for sale in the state of California. Beginning July 1, 2022, only new guns with microstamping technology will be added to the list.

Moreover, each time a gun with microstamping technology is added to the roster three guns without such technology will be removed.

Microstamping technology has proven unworkable everywhere it has been tried, as it is easily thwarted by criminals who understand how it works.

Governor Newsom hasn’t heard a gun control idea that he doesn’t like. Independent studies show that microstamping is easily defeated with a thirty-cent sheet of sandpaper and cannot deliver legible markings after repeated strikes of the firing pin. This law isn’t about reducing crime. This law is about erasing gun rights in California. That’s why he included a provision to speed up his slow-rolling handgun ban.