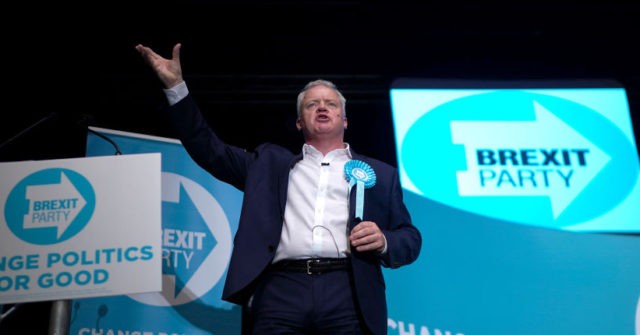 Mike Greene, the Brexit Party candidate in Thursday’s special election, has told Breitbart London the political elite is backtracking on taking Britain out of the European Union, but that a new era of straight-talking politics is dawning on the United Kingdom.

Local businessman and charity benefactor Greene, who may be the Brexit Party’s first Member of Parliament by the end of this week if recent political betting odds prove accurate, spoke to Breitbart London’s James Delingpole during a day of campaigning in the English town of Peterborough, where he is hoping to be elected.

Brexit Party Odds-on to Win Westminster Seat at Peterborough By-Election, Tories ‘out of the Race’ https://t.co/SyaRxihrER

Explaining how he came to be selected to stand for the party just weeks ago despite not having been involved in politics before, Mr Greene said fighting dishonesty and duplicity in politics was a major motivation for him. He said:

“What annoys me is spin. People just want straight answers. When you see Nigel speak, you get really clear answers — and they might not be the answers you want, but at least you know where we stand as a party, where he stands as an individual… The public deserves open, honest, straight-talking politicians.

“…[Nigel Farage’s Brexit Party] is straight talking, going to deliver on democracy, make sure we’re going to keep [our] democracy.”

The broken promise of the British government to honour the result of the European Union membership referendum of 2016 has been a source of frustration and even anger to Greene.

“Over the past two years, I’ve become more and more agitated that the job isn’t being done… They promised us they’d deliver, said whichever way we voted they’d deliver. They didn’t expect us to vote the way we did, and so they are backtracking and trying to not deliver,” he said.

Breitbart London reported when Mr Greene was announced as the Brexit Party candidate, and Brexit leader Nigel Farage praised the entrepreneur for feeling “righteous indignation” over the degraded state of British politics.

Speaking then, Mr Greene again criticised the dishonesty of the political class, and particularly Theresa May who he accused of lying over Brexit repeatedly.

The people of Peterborough will go to the polls Thursday morning to select their new member of Parliament, in a by-election triggered by the recall of former Labour MP Fiona Onasanya after she was jailed for perverting the course of justice.

Recent figures claimed the Brexit Party’s chances of ousting Labour, who achieved only a thin majority in the last election, may be as high as 80 per cent.