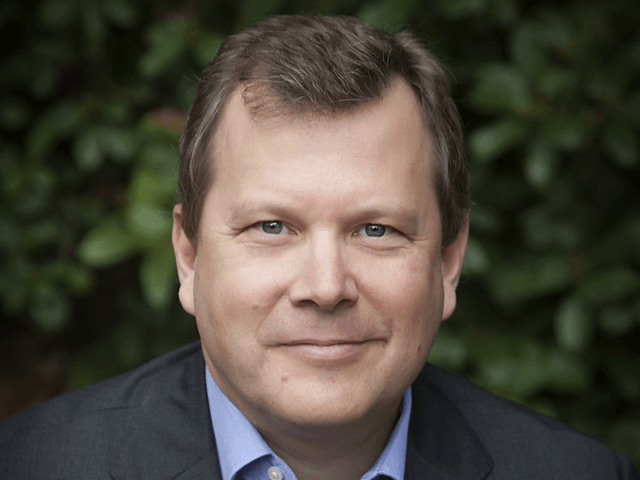 President Donald Trump’s strategy towards Iran is heavily inspired by Breitbart editor-at-large Peter Schweizer’s 1994 book advocating an aggressive approach towards the Soviet Union, according to a report from BuzzFeed.

The Victory: The Reagan Administration’s Secret Strategy that Hastened the Collapse of the Soviet Union, lays the ideas behind the policy of applying “maximum pressure” to despotic regimes that will eventually bring about their collapse.

Such ideas are currently evident in the White House, where the Trump administration recently re-imposed sanctions on Iran that are having a devastating impact on their economy and civil society.

The Trump administration is reaching back into Cold War history as it develops an increasingly aggressive strategy against Iran — one that could destabilize the regime in Tehran or even lead to its collapse. Current and former US officials say a new campaign often described as “maximum pressure” has been informed by the strategy of Ronald Reagan, the conservative hero who is credited by some for paving the way for the demise of the Soviet Union.

Proponents of this view who advocate a similarly aggressive approach toward Iran say that Reagan’s combative policy toward the Soviet regime amplified the problems caused by its corruption and mismanagement and pushed it over the edge to collapse. One window into that mindset is the circulation within the administration of an out-of-print book published in 1994 called Victory: The Reagan Administration’s Secret Strategy that Hastened the Collapse of the Soviet Union. The book was written by Peter Schweizer, a favorite author of former Trump strategist Steve Bannon whose more recent work, the book Clinton Cash and the movie of the same name, roiled the 2016 election with allegations about the Clinton Foundation and its foreign backers.

In Victory, Schweizer chronicled the efforts of Reagan and his CIA director William Casey to deploy every tool of US power short of direct military confrontation to condemn the Soviet Union to the “ash heap of history,” as Reagan outlined in a 1982 speech to the British parliament. The strategy laid out by Schweizer includes economic warfare, which the US is waging against Iran in the form of an aggressive sanctions campaign. Several chapters focus on the more secretive aspects of that effort, from supporting dissident movements in Europe to funneling cash and weapons to Afghanistan’s mujahideen, who were fighting Soviet invaders. An official at the White House said it was “no secret” that the book has had some influence on policy.

You can read the rest of the story here. The Victory and other books by Peter Schweizer, including his latest title Secret Empires: How the American Political Class Hides Corruption and Enriches Family and Friends, can be bought on Amazon and online bookstores.