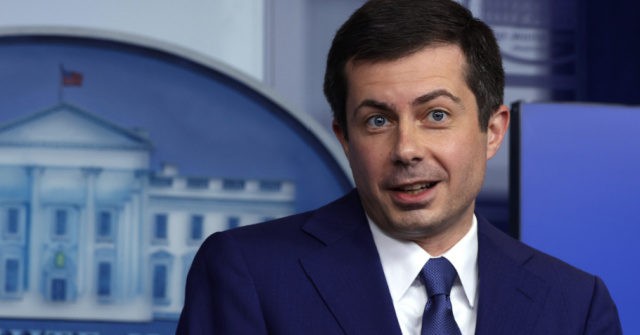 Buttigieg argued the proposal is “fully paid for” by “asking corporations to pay their fair share.” Furthermore, he claimed it is “what most Americans think is the right thing to do.”

“The president is not going to support a plan that raises taxes on ordinary Americans, especially when you don’t have to in order to fund his vision,” Buttigieg outlined. “The American Jobs Plan is fully paid for. And the president has proposed to fully pay for it, just by asking corporations to pay their fair share. It’s what most Americans think is the right thing to do, and we think it is. Now having said that, this is a negotiation, and there may be other ways to get this done that don’t cross anyone’s red line. And that’s exactly the conversation I expect will take place today with Republicans in the Senate and the kind of conversation that’s happening every day over the phone as I’m connecting with members in both houses, the White House and others.”

He added, “We … think it’s just fair to expect corporations to pay their fair share.”