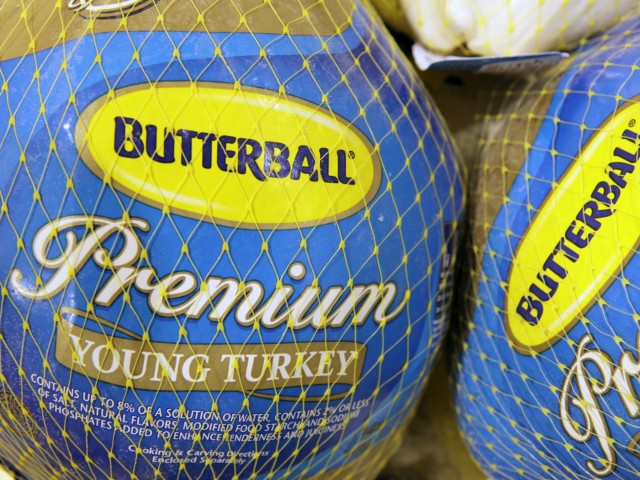 An online holiday prank turned heads when the nation’s most famous turkey supplier offered to help.

The “turkey challenge” is simple: Children texted their parents for advice on preparing a 25-pound holiday fowl — in the microwave. Moms and dads across the country were confused, aghast, or otherwise comically shocked by the notion. But when the official Butterball Twitter account responded, those reactions only increased.

We started microwaving turkeys before hashtags even existed. The #25LBturkeychallenge is a little ambitious, but a 12-pound turkey is no challenge at all. Give us a call at 1-800-BUTTERBALL and we’ll walk you through it step-by-step.

“We started microwaving turkeys before hashtags even existed,” Butterball tweeted. “The #25LBturkeychallenge is a little ambitious, but a 12-pound turkey is no challenge at all.” Butterball even offered to “walk you through it step-by-step” should you call their customer support line.

The reactions to that particular tweet speak for themselves.

Butterball confirmed their instructions for microwaving said Thanksgiving centerpiece, though most readers seem quite certain that just about any other method of preparing the bird would be better than several rounds in a microwave oven. Still, if you are curious — or lack any alternative — it turns out you can actually nuke this year’s gobbler.