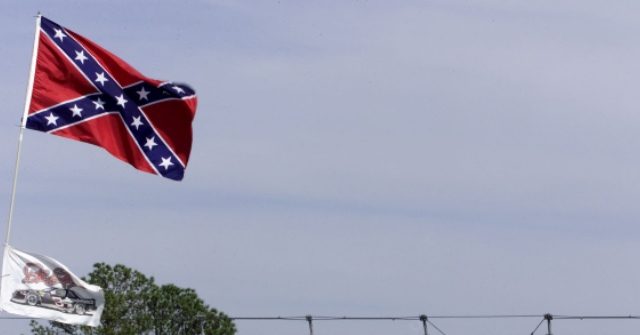 In an interview with CNN, Wallace, who recently wore a “I Can’t Breathe Black Lives Matter” shirt to the track, says the Confederate flag makes some feel “uncomfortable.”

“My next step would be to get rid of all Confederate flags,” Wallace said. “No one should feel uncomfortable when they come to a NASCAR race. So it starts with Confederate flags. Get them out of here. They have no place for them.”

While he clearly feels passionate about the subject, Wallace is under no illusions about how unpopular his request will be with some.

“There’s going to be a lot of angry people that carry those flags proudly but it’s time for change,” he said. “We have to change that, and I encourage NASCAR — we will have those conversations to remove those flags.”

Though, as Wallace explains, he didn’t always feel this passionate about the Confederate flag.

“What I’m chasing is checkered flags, and that was kind of my narrative,” Wallace said, “but diving more into it and educating myself, people feel uncomfortable with that, people talk about that — that’s the first thing they bring up.”

Wallace took over the No. 43 car for Richard Petty Motorsports after Aric Almirola moved on from the team in 2019. NASCAR takes to the track again on Wednesday in Martinsville, Virginia.