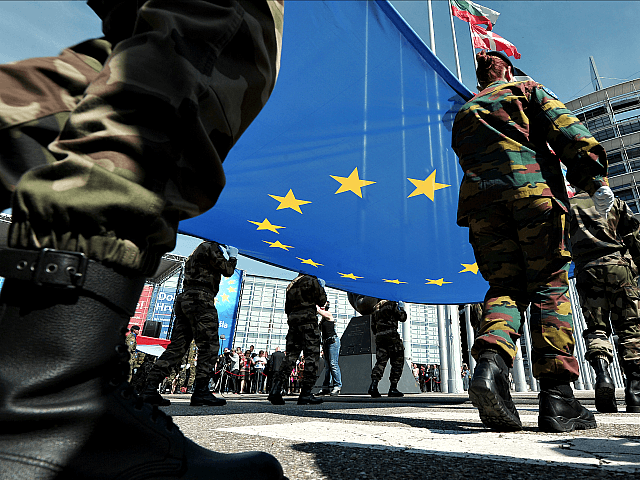 The European Union has agreed to a series of armament and military projects including a spy school and medium-range missile development as part of its proto-EU army force PESCO.

Late Monday, foreign and defence ministers from 25 countries agreed at the Council of the European Union on the 17 projects under the Permanent Structured Cooperation (PESCO) initiative, which was adopted by the bloc in December 2017.

Projects on the books include upgrading the Tiger Mk3 attack helicopter and developing a new generation of drones and a high-atmosphere airship for intelligence-gathering and reconnaissance.

Of note, the plans include the Joint EU Intelligence School which will, working in cooperation with national security agencies and NATO, “provide education and training in intelligence disciplines and other specific fields to EU member states’ intelligence personnel.”

The bloc was said to be spurned on to develop the collective defence force after the Russian annexation of Crimea in 2014 — yet critics have noted that the spy school will be headed up by Greece and Cyprus, considered the most ‘Russia-friendly’ of all member states.

France, Belgium, and Cyprus are to head up a venture to develop a medium-range missile in a project entitled, “EU Beyond Line Of Sight.” The output is intended to “be integrated on an extensive variety of platforms (ground-to-ground and air-to-ground) and to provide integrated and autonomous target designation capability.”

‘We Fought for This for Many Years’: Brussels Eurocrats ‘Delighted’ at Merkel Support for EU Army https://t.co/UxMTqCfB6K

Of the 28 countries in the bloc, only Malta, Denmark, and the UK have rejected PESCO involvement.

However, Prime Minister Theresa May has signed up the UK to the Emmanuel Macron-led defence coalition of ten countries, with The Guardian reporting EU sources as saying that British officials are also keen to engage with PESCO after the country leaves the bloc.

The EU is expected to outline next year how third countries can participate in the Brussels defence force next year.

PESCO’s progress comes after both France’s Macron and German Chancellor Angela Merkel called for a “real, true European army” — plans celebrated by senior Eurocrats, but which were once deemed a “dangerous fantasy” by Remain campaigners.